SAN FRANCISCO - While COVID-19 continues to spread in San Francisco, the opioid epidemic is also exploding, raising concerns that the global pandemic may be leading to more overdose deaths.

Social distancing and isolation may be crucial in stopping person-to-person spread of the coronavirus, but those techniques are potentially dangerous to drug users.

“We have seen an uptick in fatal overdoses, and that’s often caused by people using alone and no one being able to reverse that overdose,” said Paul Harkin, who works in harm reduction at San Francisco’s HealthRIGHT 360.

Harkin passes out Narcan – the opiate reversal drug Naloxone – and urges anyone who is using drugs to do them with someone else.

Last year, San Francisco saw the most opiate overdoses ever, due in part by the recent introduction of fentanyl into the market. Fentanyl is 40 times stronger than heroin and can cause immediate overdose.

San Francisco’s Tenderloin neighborhood is at the epicenter of the epidemic. Dealers and users come from around the region to the neighborhood to peddle and buy the powerful drug.

According to data published by the San Francisco Department of Public Health, 165 people fatally overdosed from fentanyl or other drugs with fentanyl in them in 2018. Last year that number more than doubled, hitting 339.

The city medical examiner still has to conduct autopsies and toxicological tests on hundreds of cases, but experts believe 2020 will be even worse.

He’s been a longtime advocate for safe consumption sites as a way to avoid deaths.

San Francisco approved legislation to open safe consumption sites, but the city is awaiting approval under state Assembly Bill 362. If the bill passes, the city could begin operating the sites next year.

In the meantime, Kral said the opiate and overdose epidemic “is essentially being exacerbated by the shelter in place ordinances.”

Officers reversed 148 overdoses through July 29, with 98 of them in the Tenderloin. Five years ago, San Francisco police reversed just three overdoses around the city during that same period.

Many users are all-too aware of the dangers of fentanyl. KTVU visited a community of people along Willow Street on the edge of the Tenderloin over several days. They make sure someone is around to administer Narcan whenever they use fentanyl.

“I overdosed after taking two hits, two puffs off of tin foil and I was out,” said Carmen Sierra.

She said she was brought back from the brink of death three times by her friends and has saved dozens of other users herself.

“So many of my friends that live across the country have no access to this stuff, which makes their use 100 times more dangerous,” she said. 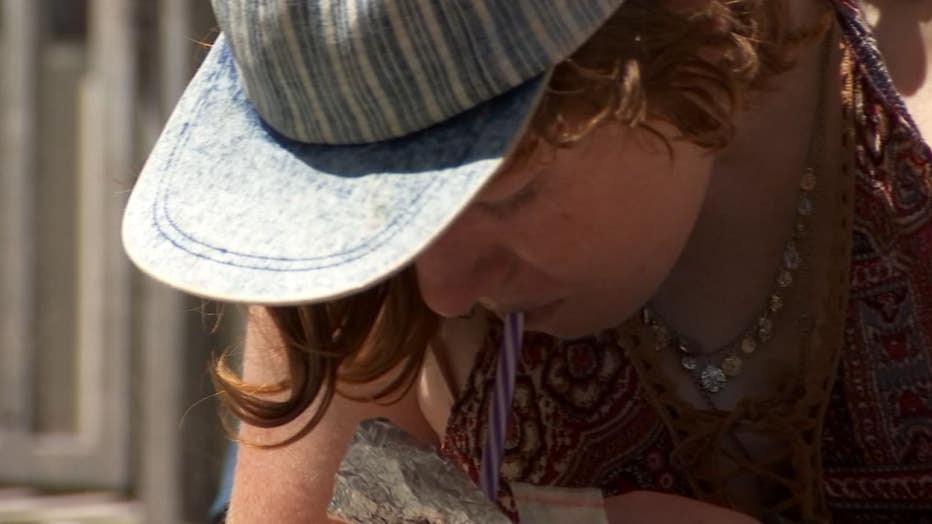 The shelter in place order has also disrupted the fentanyl supply chain, according to experts. Users are buying from different dealers whose drugs may be more powerful. And others who have been clean, may be pushed back to using drugs by the stress from the pandemic.

The drugs they’re finding on the street, took on a long journey to get there. They’re mostly made in China and Mexico.

“There are super-labs creating this synthetic fentanyl and from there it’s, hey, get it across the border, spread out through the United States and they’re preying on those with addictions,” said Daniel Comeaux, Special Agent in Charge of the Drug Enforcement Administration in the San Francisco field office.”

Outside his office on the streets of the Tenderloin, the fentanyl epidemic continues to rage, and likely will long outlast the coronavirus.