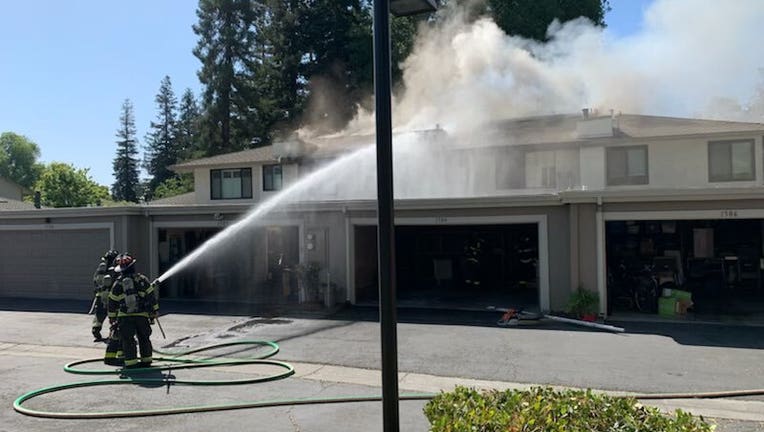 Three apartments sustained significant damage in a fire on Fitchville Avenue in San Jose on May 17, 2022. (KTVU FOX 2)

A 2-story apartment building was burning in San Jose on Tuesday on the 1500 block of Fitchville Ave, the city's fire department said.

There were no injuries reported, the fire department said.

The fire was reported just before 10 a.m.