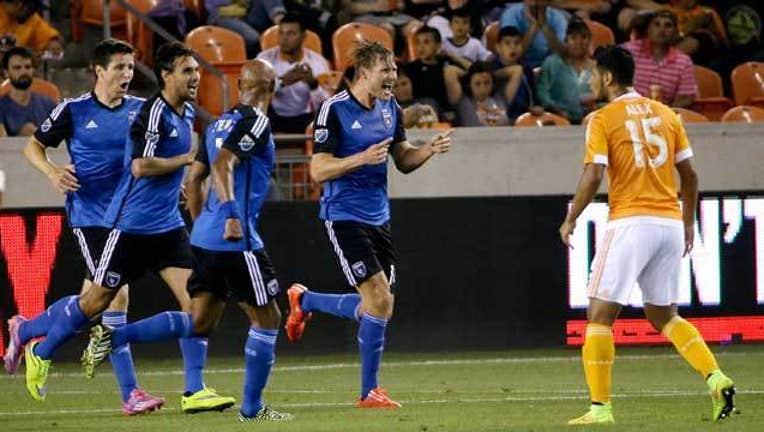 Kinnear, San Jose's first-year coach, posted a 112-90-86 regular-season record in nine seasons with the Dynamo. Houston made the playoffs seven times and won four conference titles while he was at the helm.

He coached the Earthquakes in 2004-05 before the club moved to Houston.

Houston (2-4-4) is winless in four straight games, including surrendering four goals in consecutive matches for the first time in club history.

The Dynamo's Oscar Garcia was tripped up in the penalty area by San Jose goalkeeper David Bingham in the 57th minute, but Bingham denied Giles Barnes' ensuing penalty kick.