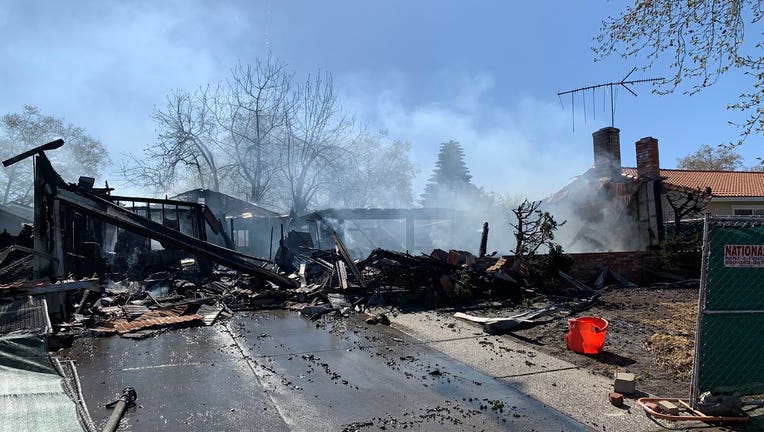 SAN JOSE, Calif. - San Jose fire crews battled a house fire that killed one person and left another with burn injuries on Sunday.

Crews were called to the 1000 block of Wilsham Dr. around 10:12 a.m. for a 3-alarm fire. SJFD said one patient was transported with burn injuries. They gave an update that the fire was under control at 11:57 a.m., and said a deceased victim was found inside the structure.

It's unclear what caused the fire and if anyone else was able to escape the flames.

The fire is under investigation.