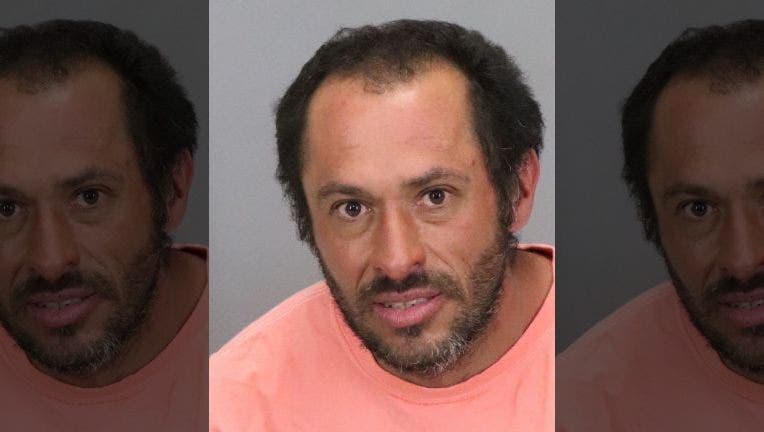 Officers responded to a report of a man acting erratically and destroying property in the Play 'N' Learn preschool in the 500 block of Massar Avenue about 11: 30 a.m.

The suspect, identified as George Robles, was attempting to flee when he was located and taken into custody by officers trained by the department's Crisis Intervention Team.

Robles did damage estimated at $1,800 to the school building and children's play equipment, police said. 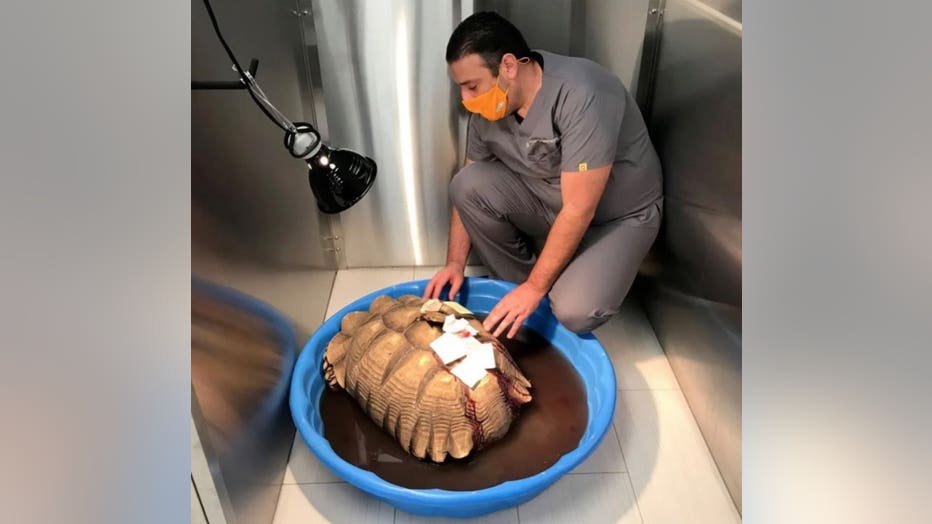 From ArchVet on Facebook: Michaleangelo arrived @archvet_animalhospital on Saturday evening with severe trauma to his beautiful shell. With little time and quick actions Dr.Solomon and his ARCHvet staff stepped in to perform emergency acts of relief

"Further investigation revealed that a 65-pound pet tortoise named Michelangelo had been stabbed with a piece of wood through his outer shell and suffered other injuries consistent with recent abuse," police said.

Robles, who was placed on a 72-hour emergency mental health evaluation, was booked for felony vandalism and animal abuse.

"Abuse of a defenseless animal is intolerable and must be addressed," acting Chief of Police Dave Tindall said in a statement. "This underscores the need for continued collaboration with our mental health professionals. I am thankful for our Officers crisis intervention training which resulted in a safe arrest for all those involved."

A quote in this article by acting Chief of Police Dave Tindall has been corrected.