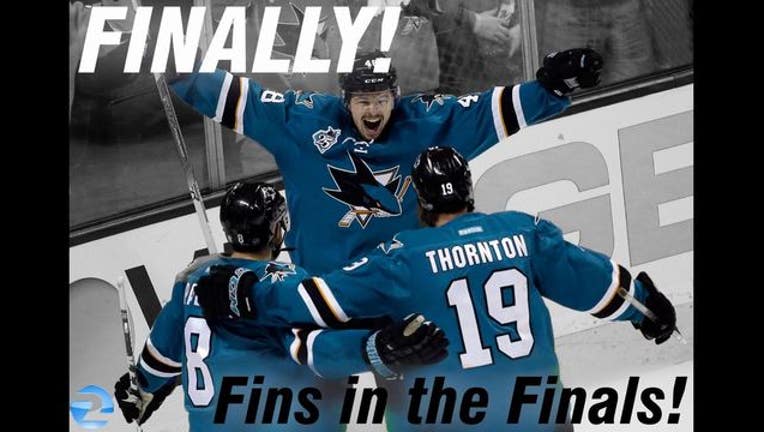 SAN JOSE, Calif. (KTVU) - The San Jose Sharks will be heading to Pennsylvania, to open up the Stanley Cup finals.

On Thursday night the Pittsburgh Penguins beat the Tampa Bay Lightning 2-1 in game seven of the eastern conference finals.

The Penguins won the Stanley Cup in 2009, and hadn't been back to the finals since. The Sharks have never been to a Stanley Cup final.

The series begins Monday, with Game 2 on Wednesday.

The first game in San Jose will be Saturday, June 4th. As of Friday morning, the cheapest tickets on Stubhub were $675.

"It's a great moment for those guys who have put in a lot of work, but we still have another series to go," center Logan Couture said. "We still have four more wins to try to get. It's another step. This is the third one now. We're ready for that next challenge."