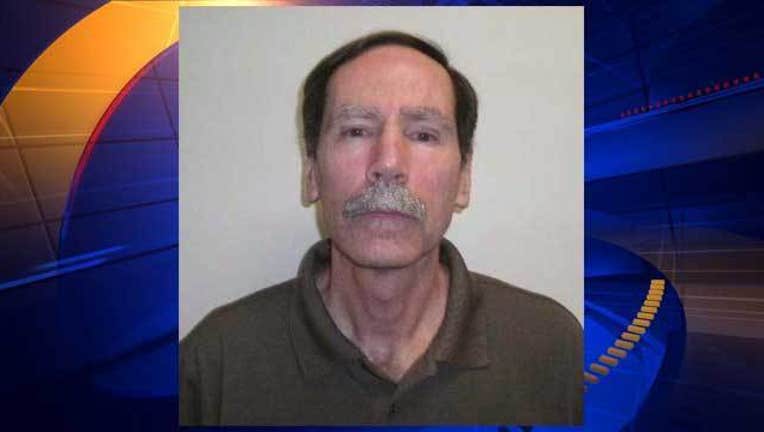 SAN JOSE, Calif. (KTVU-AP) -- A South Bay judge refused Monday to revoke the release of a serial rapist amid fears by his neighbors that he would rape again.

Santa Clara County Judge Richard Loftus made his ruling in the case of "pillowcase rapist" Christopher Hubbart, saying the man is not "a danger to the health and safety of others."

Prosecutors said Hubbard had violated the terms of his July release when he let the power in his ankle monitor run too low twice.

"Two low battery alerts were registered in September and October of 2014, but none since," Loftus wrote in his ruling. "No other evidence of supervision breach was presented.

A contrite and polite Hubbart told the judge in April that keeping the ankle monitor fully powered was his responsibility. Prosecutors say it is a condition of his release.

Prosecutors asked that he be returned to a mental hospital less than a year after setting up residence in a neighborhood in the Antelope Valley outside Los Angeles. Six residents of Palmdale and the surrounding area drove 350 miles to attend the April hearing in San Jose and said they fear Hubbart would rape again.

Cheryl Holbrook, who traveled to Santa Clara in April and is one of the Ladies of Lake LA, a group created to fight Hubbart's release to their community, said she was angry and shaken by Monday's decision.

"This is scary news, really scary. Terrifying," said Holbrook, who lives about five miles away from Hubbart's home and said she was raped as a 14-year-old by two men at knifepoint and impregnated. "I've got the chills."

"Once again, the community has been denied the right to be protected from sex predators," said Antonovich.

Protesters have appeared outside his house almost daily since his arrival in the Antelope Valley. Local elected leaders also protested Hubbart's moving to the region and asked the court to reconsider its decision to release him from the hospital.

Tim Fletcher, a retired police officer in charge of Hubbart's security, said the two violations were the only blemishes on Hubbart's record since his release. Fletcher said he was not recommending that Hubbart be returned to the mental hospital because others have let batteries run low on monitoring devices.

Hubbart has been in and out of prison and mental hospitals since he was first convicted of rape 1972. He acknowledged raping about 40 women through 1982, using a pillowcase to muffle screams.

A jury declared Hubbart a sexually violent predator in 2000, and he was committed to a state-run mental hospital in Coalinga, even though he had served his prison term.

In 2013, doctors at the hospital declared that Hubbart had completed treatment and was fit to live in the community. Another Santa Clara County judge ordered Hubbart to live in Southern California near the area where he was raised.