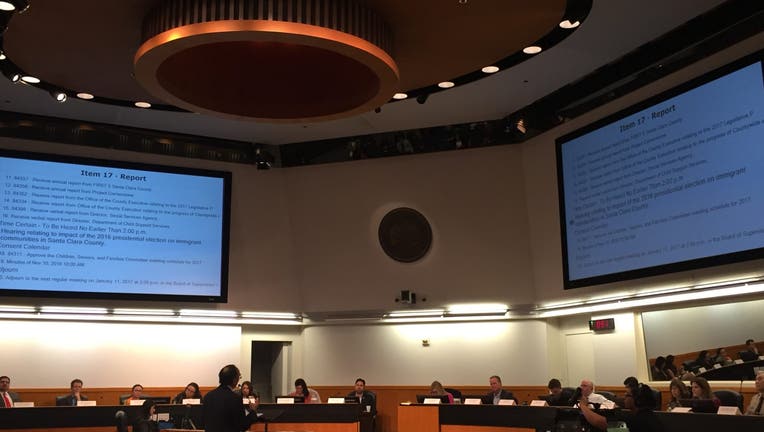 SAN JOSE, Calif. - Two Santa Clara County elected officials are hoping the Board of Supervisors votes next week to boost investment in local children by the millions.

Supervisors Susan Ellenberg and Cindy Chavez this week announced
the completion of the county's "Children's Budget," which aims to allocate
$170 million in public funds for county-wide children's programs and
services, also specifically asking for a reserve fund for childcare
facilities that need improvements.

"Santa Clara County needs to prioritize children because doing so
is the single most important investment a society makes in its future,"
Ellenberg said in a statement. "We are unable to accomplish that goal without
first knowing where we currently stand. The Children's Budget is a critical
baseline and first step towards where we are headed: towards a County that
places the needs of our children as their single greatest priority."

Ellenberg and Chavez will host a news conference at 10:30 a.m.
Monday in the front plaza of Santa Clara County Government Center at 70 West Hedding St. to unveil their upcoming proposal asking the Board of Supervisors to accept the budget.

"Child care has become a barrier to work and economic stability,
especially for mothers, who disproportionately become the unpaid caregivers
when the family cannot find or afford child care," Chavez said in a
statement. "Businesses meanwhile lose billions because of their employees'
child care challenges. There is a direct link between access to child care,
parental employment and economic growth."