SANTA ROSA, Calif. - A Santa Rosa man is limping back from a Florida vacation, with a souvenir he wishes he hadn't gotten--an eight-inch gash on his leg, from a shark attack.

"The shark has razor-sharp teeth. And took such a clean bite," said Mark Bowden just after landed at Oakland International Airport Friday.

Bowden, 31, was body surfing in Miami Beach. Wednesday, standing in hip-deep in the warm waters of the Atlantic Ocean. 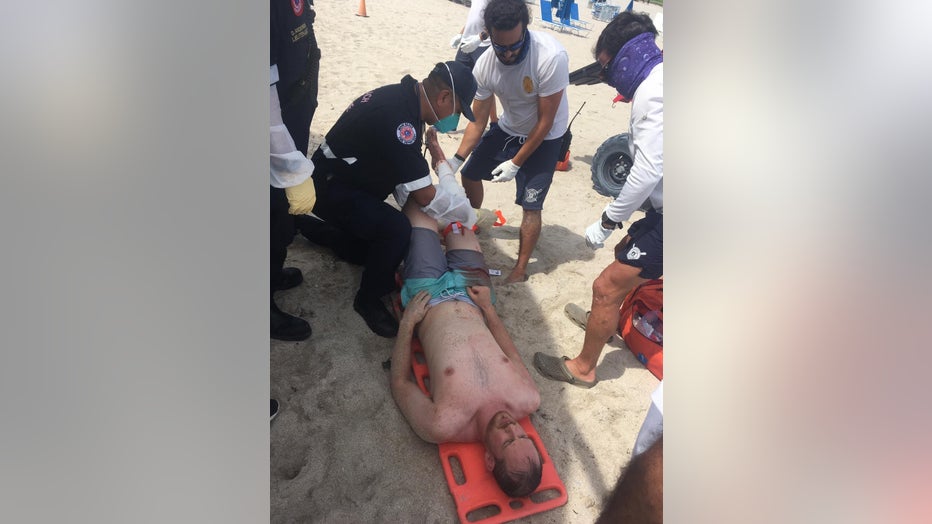 "It felt like a log rammed my leg. It felt like enough force it should have knocked me over. I was kind of confused," he said.

Lifeguards and paramedics rushed to help. An ambulance took him to the hospital where he was treated for a bite that went three-inches deep in his right leg.

"The scariest moment for me was when I was crawling out of the surf and I was thinking if it was a shark or another marine animal, I hope it doesn't take another bite out of me," Bowden said.

Miami Beach authorities believe Bowden was bitten by a blacktip shark. They can reach nine-feet long and weigh as much as 250 pounds. 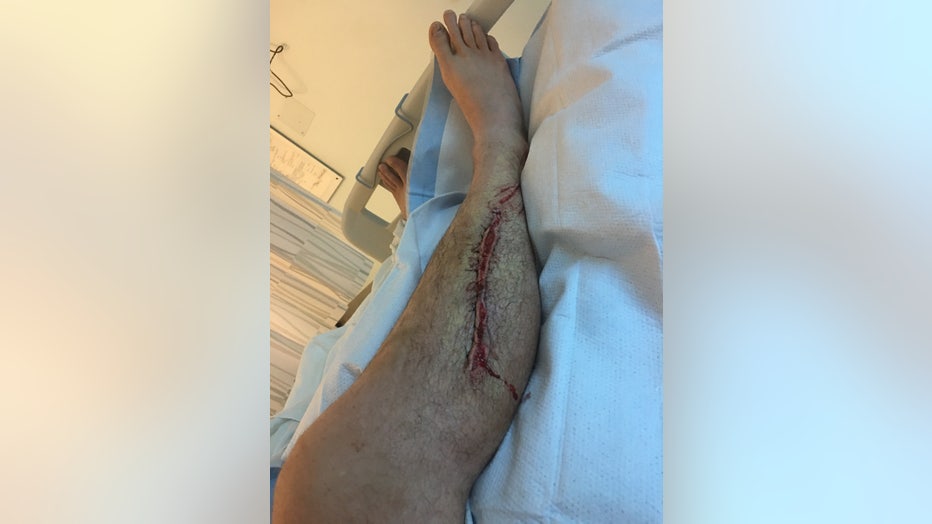 Mark Bowden's leg after being bit by a shark.

"They're not trying to eat us. They're excited in terms of the food available. And when they are feeding on fast-moving fish they are racing around and biting anything splashing, like a body surfer," says John McClosker,  a shark expert with the California Academy of Sciences in San Francisco.

Those familiar with Miami beach waters say the area is in the middle of a mullet migration.

Photos show a mullet near where the attack happened, and of sharks in those same waters. 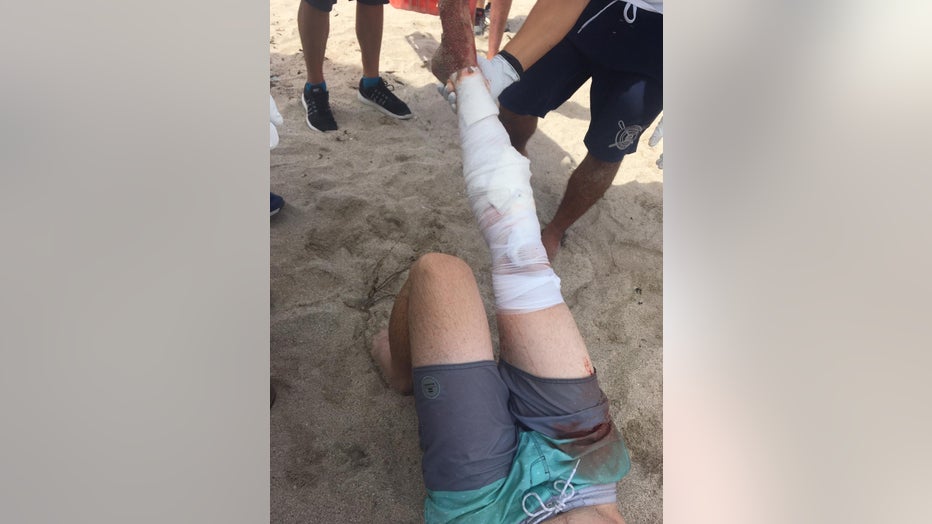 First responders in Florida attend to a Santa Rosa man who was bit by a shark while on vacation.

Black Tip sharks are also found in the Pacific, but rarely north of Mexico.

Bowden, who runs an organic tea business in Santa Rosa called Tea and Trumpets, is an experienced surfer who says he has never had a shark encounter until Wednesday.

Now he has a story he can tell for the rest of his life.

"I feel super unlucky and lucky at the same time. I'm just glad it wasn't worse."

Bowden says he's a little sore but really isn't in too much pain. He also says he will be taking a little break before venturing into the water again.