SANTA ROSA, Calif. - A police K9 named Kolt is being credited for helping to capture a suspected burglar who broke into a Santa Rosa church early Tuesday morning. 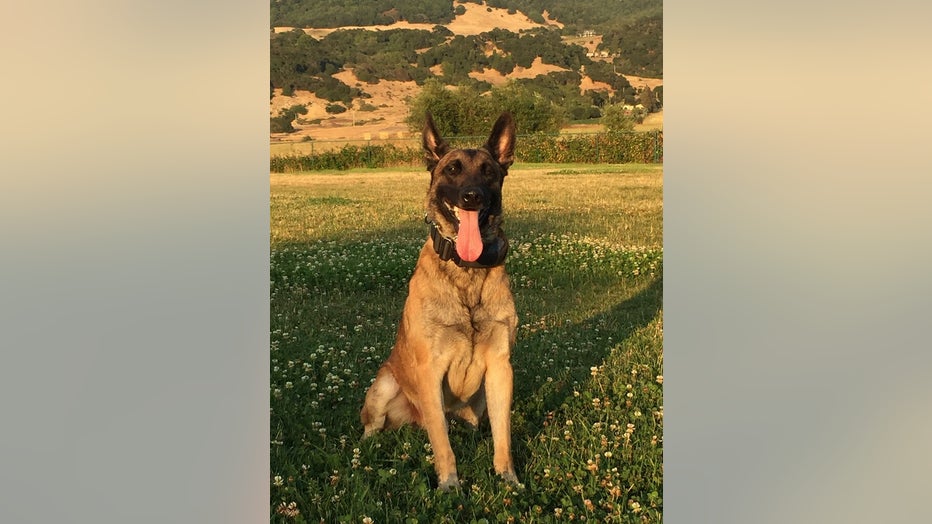 "Upon their arrival they saw a vehicle parked haphazardly in the middle of the church's grounds, and the sound of voices from inside the building," Santa Rosa police said in a press release.

Officers set up a perimeter and launched a search of the property. During that process, they made several announcements warning the intruder to come out or face the possible deployment of the police K9.

Once officers went into the church, they did locate one suspect, who they said refused to cooperate with police.

So they ended up deploying Kolt. But it took some effort to detain the suspect. A tasing device was found to be ineffective, according to investigators, so police said they were forced to use other means to try and detain him.

"Officers used an expandable baton and personal body weapons to force the uncooperative suspect to the ground and secure him in handcuffs," police said.

The suspect was treated at a hospital for minor injuries and then booked into the Sonoma County Main Adult Detention Facility. He's been identified as 44-year-old David Pureco-Ortega of Santa Rosa.

He faces charges of burglary and obstructing a peace officer.

Officers noted that Kolt was instrumental in keeping the confrontation between them and Pureco-Ortega from getting out of control. Police said, "The presence of the K9 was what made the difference between us taking in the suspect safely and the situation escalating any further." 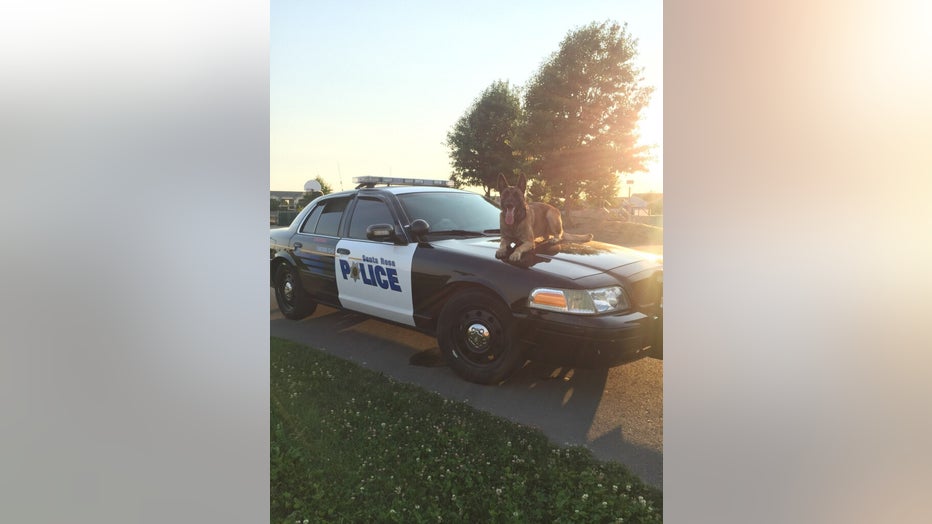