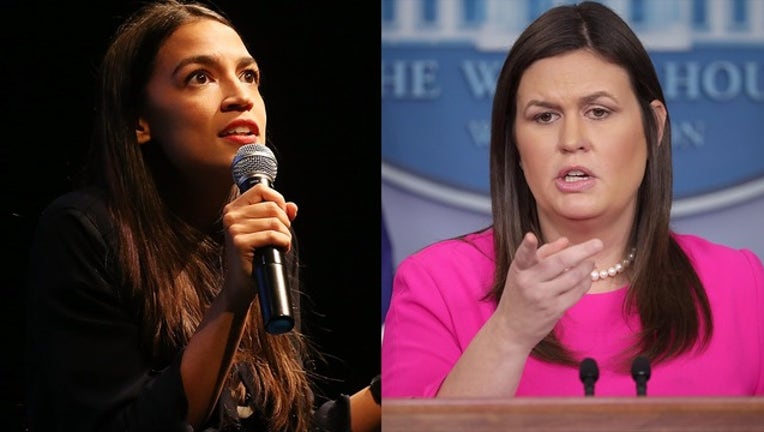 Sanders also slammed what she called the "disgraceful" media coverage of the previous week, which included a discredited BuzzFeed News report on the Russia investigation and a social media harassment campaign against pro-Trump Catholic high school students -- based largely on incomplete and selectively edited videos of their encounter with a Native American man and other activists shouting homophobic slurs.

"I don't think we're going to listen to [Ocasio-Cortez] on much of anything -- particularly not on matters we're gonna leave in the hands of a much, much higher authority -- and certainly, not listen to the freshman congresswoman on when the world may end," Sanders said.

Speaking at an event commemorating Martin Luther King Day on Monday, Ocasio-Cortez asserted that climate change constituted "our World War II" and added: “Millennials and people, you know, Gen Z and all these folks that will come after us are looking up and we’re like: ‘The world is gonna end in 12 years if we don’t address climate change and your biggest issue is, how are we gonna pay for it?'"