BOISE, Idaho - Airport officials facing jet fuel shortages are concerned they’ll have to wave off planes and helicopters that drop fire retardants during what could be a ferocious wildfire season, potentially endangering surrounding communities. 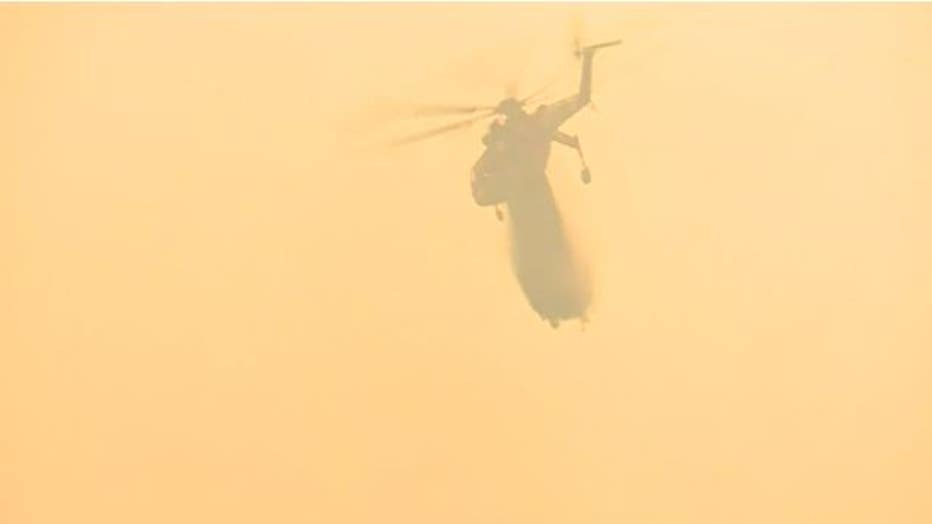 File photo of aerial support for firefighters battling the River Fire in Mariposa County near Yosemite National Park. The River Fire broke out on July 11, 2021 and has scorched 9.500 acres.

Sporadic shortages at some tanker bases in Oregon and Utah have already been reported. The worry is that multiple bases go dry simultaneously during what is shaping up to be a very busy wildfire season in the U.S. West.

Tanker bases in Arizona, where many large fires are burning, have also had jet fuel supply issues in the last month.

"We haven’t run into that before," said Jessica Gardetto, a National Interagency Fire Center spokeswoman in Boise, Idaho, and a former wildland firefighter. "It’s a scary thought, with all the shortages going on right now." 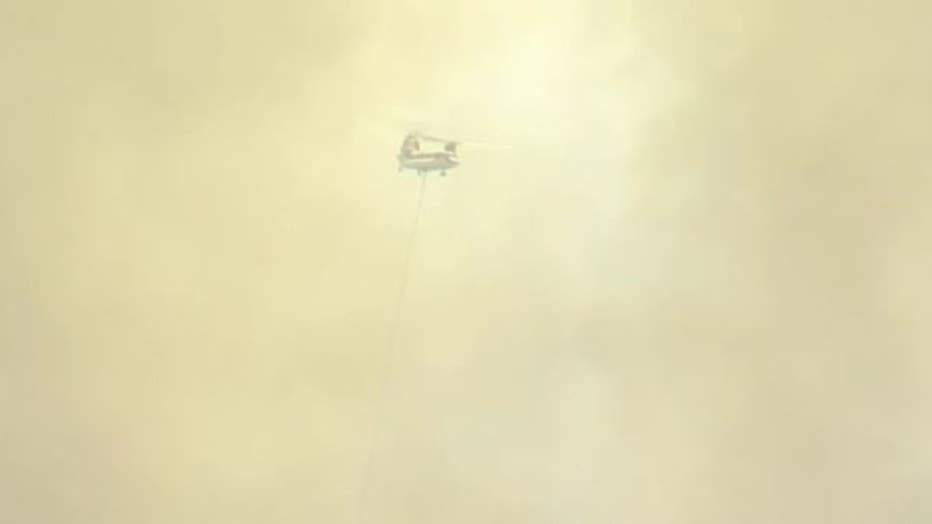 It’s not clear if jet fuel supplies and delivery systems can be bolstered in time for this wildfire season to avoid potential problems keeping firefighting aircraft aloft if multiple large fires break out around the West.

Airport officials, aviation supply companies and jet fuel transport companies said jet fuel demand declined sharply and supply chains atrophied during the coronavirus pandemic. They have yet to bounce back in the Western U.S. even as the economy zooms ahead and more passengers flock to airports for long-delayed trips.

According to the U.S. Energy Information Administration, jet fuel supplied in the U.S. in 2020 fell 38% compared to 2019 pre-pandemic levels. Jet fuel demand has increased about 26% since the start of this year, though it hasn’t reached 2019 levels. The administration’s Weekly Petroleum Status Report for July 2 shows demand at 78% of 2019 levels. That’s up from 44% of 2019 levels for the same time period in 2020 when the pandemic had taken hold.

Overall, the administration said, jet fuel inventories in the U.S. are at or above the five-year average, except in the Rocky Mountains, where they are 1% below. That appears to point to the supply chain as the potential problem, various industry officials said.

"COVID, it lulled everybody to sleep," said Mark Haynes, vice president of sales for Ann Arbor, Michigan-based Avfuel Corporation, which supplies jet fuel across the U.S., including to about half of the nation’s 44 air tanker bases operated by the U.S. Forest Service or U.S. Bureau of Land Management in western states. Some states also maintain tanker bases.

"Our business went to about zero," Haynes said. "A lot of trucking companies had to lay off (jet fuel) drivers. What happened with the opening up of the U.S., demand for leisure travel has boomed."

Chris Kunkle is vice president of operations for the Central Coast Jet Center in Santa Maria, California. It’s a private airport known as a fixed based operator that provides services for private jets, such as refueling. It also serves as a Forest Service air tanker base, and is large enough for DC-10 air tankers.

He said he likes to keep 60,000 gallons (227,000 liters) at the airport, but is having trouble with limited deliveries. He fears running out if a large fire breaks out in the area.

Decisions on where the fuel goes can be difficult. Commercial jet travel can be a huge economic driver in many communities. Air ambulances also need fuel. Industry officials said problems at large commercial carriers this year appear to have more to do with worker and pilot shortages than lack of jet fuel.

Jeff Cyphers of Stockton, California-based Humboldt Pacific LCC, said he’s expanding the company’s fleet of 20 jet fuel tanker trucks to transport fuel to West Coast states and, during the wildfire season, Idaho, Montana and Utah. He said there’s currently both a shortage of drivers as well as jet fuel to deliver.

"The supply chain right now is probably the most fragile I’ve ever seen in my years of experience," said Cyphers, who has been in the industry since 1986.

Cyphers said his company has even been trucking jet fuel to airports supplied by pipeline because they hadn’t received their full allocation of jet fuel.

Most firefighting helicopters also use the jet fuel that authorities worry could be in short supply for aerial wildfire operations going forward.

"I could be wrong, but I don’t foresee them being able to bridge that gap," predicted Cyphers, from the trucking company.