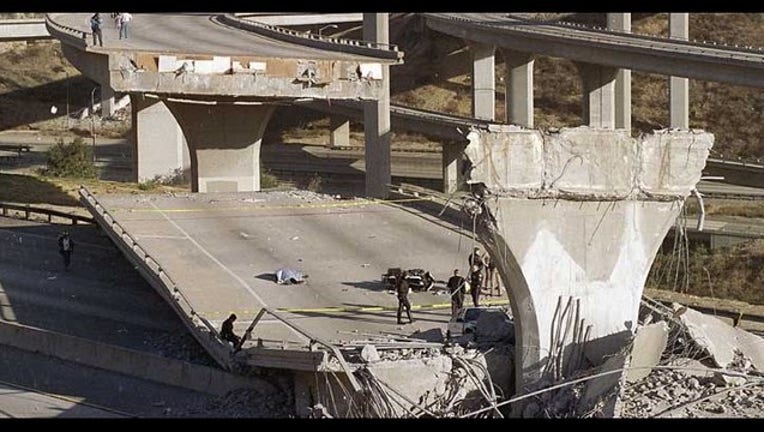 That's because more people have moved into the quake-prone West Coast and some quake zones were recently expanded, according to researchers from the U.S. Geological Survey.

The research didn't include Alaska, Hawaii and Puerto Rico, but scientists using older data estimated that nearly half of Americans — or 150 million people — live in earthquake regions.

About 28 million people face the highest threat, mostly along the West Coast where the San Andrea Fault cuts through California and a huge undersea fault lurks off the Pacific Northwest.

The latest calculations by the USGS, Federal Emergency Management Agency and California Geological Survey were reported Wednesday at a Seismological Society of America meeting in Pasadena.

There have been a few previous attempts to figure out how many people live in quake-prone areas. A federal estimate two decades ago found that 75 million people in 39 states were at risk of shaking.

The USGS last year updated its national earthquake maps that increased the quake danger for one-third of the country. While the Pacific coast remains a seismic hotspot, other regions as the Rockies, Midwest, New England and parts of the Southeast also face an elevated risk.

"The distribution of earthquake risk is much broader and wider beyond the West Coast," lead researcher and USGS contractor Kishor Jaiswal said in an email.

The new work focused on the Lower 48 states because scientists don't yet have updated maps for the whole country. Researchers didn't take into account regions where small earthquakes have been caused by oil and gas drilling. If those were included, the number of people exposed to shaking would be higher, Jaiswal said.

The team also calculated potential economic losses from damaged buildings such as homes, hospitals, schools and fire stations. The average loss amounted to $4.5 billion with the greatest financial hit to California, Oregon and Washington.

"We've always been told that we should be prepared. But this study puts some teeth into the recommendation," said USGS seismologist Sue Hough who had no connection to the research.

Government scientists have been testing a West Coast seismic alert system designed to detect the initial shock waves from a large jolt, calculate the strength and give a few seconds of warning before the arrival of slower, damaging waves.

Supporters say an early warning system would allow trains to stop, companies to shut off gas lines and people to duck under a table until the shaking stops. Only select scientists and companies currently receive the alerts.