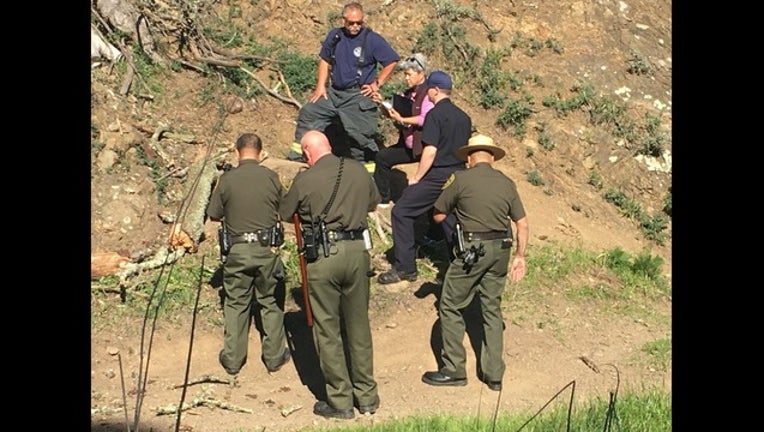 SAN FRANCISCO (KTVU) - A tree reportedly fell on an adult male at John McLaren Park, leaving him trapped and in need of rescue, according to San Francisco Fire.

The man phoned 911 dispatchers to report his condition Sunday afternoon just after 3:00. Initially his location was not known.

Around 3:20 p.m. the man was located near Green Water Towers and a rescue operation is currently in progress.