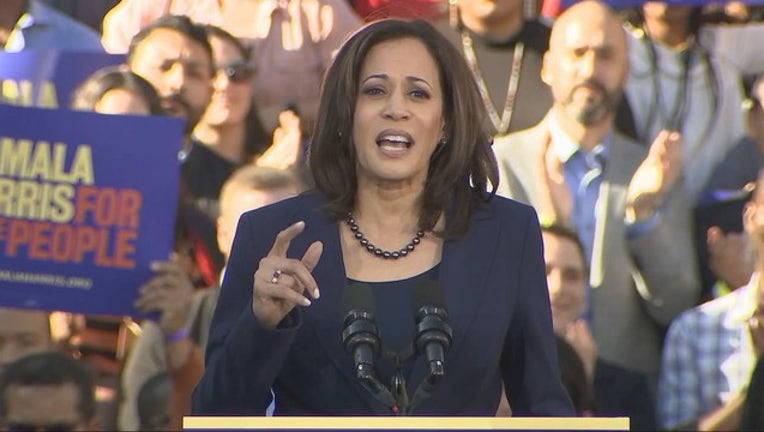 Sanders, a potential rival for the party's 2020 nomination, has described himself as a democratic socialist, and the Vermont independent didn't abandon the politically fraught label for his previous campaign.

During her inaugural trip to New Hampshire as a presidential candidate, Harris was asked by a reporter whether she would have to tilt her politics leftward - in the direction of democratic socialism - to win this state's first-in-the-nation primary. Sanders handily defeated Hillary Clinton when they competed for the state's delegates three years ago.

"The people of New Hampshire will tell me what's required to compete in New Hampshire, but I will tell you I am not a democratic socialist," Harris, a Democratic senator from California, said in response to the question, posed as she toured Gibson's Bookstore in Concord ahead of a Portsmouth town hall.

"I believe that what voters do want is they want to know that whoever is going to lead, understands that in America today, not everyone has an equal opportunity and access to a path to success, and that has been building up over decades and we've got to correct course," Harris said.

Sanders has yet to announce whether he will pursue the 2020 nomination.