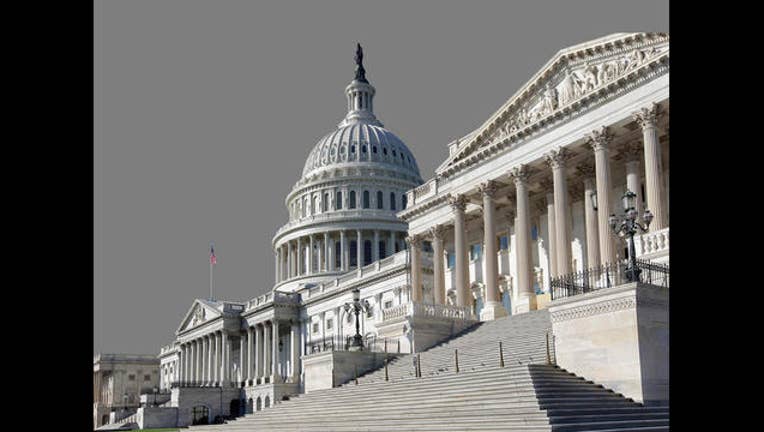 The bipartisan measure passed by voice vote. It comes more than three years after a 2014 scandal at the Phoenix VA medical center, where some veterans died while waiting months for appointments. VA employees created secret lists to cover up delays.

The bill would lower the burden of proof needed to fire employees -- from a "preponderance" to "substantial evidence," allowing a dismissal even if most evidence is in a worker's favor.

The American Federation of Government Employees, the largest federal employee union, opposed the bill. But the measure was viewed as more in balance with workers' rights than a version passed by the House in March, mostly along party lines. The Senate bill calls for a longer appeal process than the House's version -- 180 days vs. 45 days -- though workers would not be paid during that appeal. VA executives also would be held to a tougher standard than rank-and-file employees.

The bill now goes back to the House, where the revisions are expected to be approved.

The VA has been plagued by years of problems, and critics complain that too few employees are punished for malfeasance. The Associated Press reported last week that federal authorities were investigating dozens of new cases of possible opioid and other drug theft by employees at VA hospitals, even after the VA announced "zero tolerance" in February. Since 2009, in only about 3 percent of the reported cases of drug loss or theft have doctors, nurses or pharmacy employees been disciplined.

"The overwhelming majority of the people who work at the VA are good, hard-working employees who serve our veterans well," said Sen. Marco Rubio, R-Fla. "But it has become clear under the current law the VA is often unwilling or unable to hold individuals appropriately accountable for their actions and misdeeds."

He was a lead sponsor of the bill along with Democrat Jon Tester of Montana and Republican Johnny Isakson of Georgia.

"To shield employees from consequences brings down the entire department, it demoralizes the workforce and undermines the core mission of the VA," Rubio said.

The Senate bill would codify into law a Trump campaign promise -- a permanent VA accountability office, which was established in April by executive order. The legislation would give the head of the accountability office more independent authority and require regular updates to Congress. The office would also maintain a toll-free number and website to receive anonymous whistleblower disclosures.

In a "State of the VA" report released last week, VA Secretary David Shulkin described an employee accountability process that was "clearly broken." He said the VA had about 1,500 disciplinary actions against employees on hold, citing a required waiting period of at least a month before taking action for misconduct.

"The regular horror stories have made it clear that veterans deserve much better," he said.

Despite problems at the VA, Congress has had difficulty coming to agreement on a bill. A 2014 law gave the VA greater power to discipline executives, but the department stopped using that authority after the Obama Justice Department deemed it likely unconstitutional. Last month, a federal appeals court temporarily overturned the VA firing of Phoenix VA hospital director Sharon Helman over the wait-time scandal.