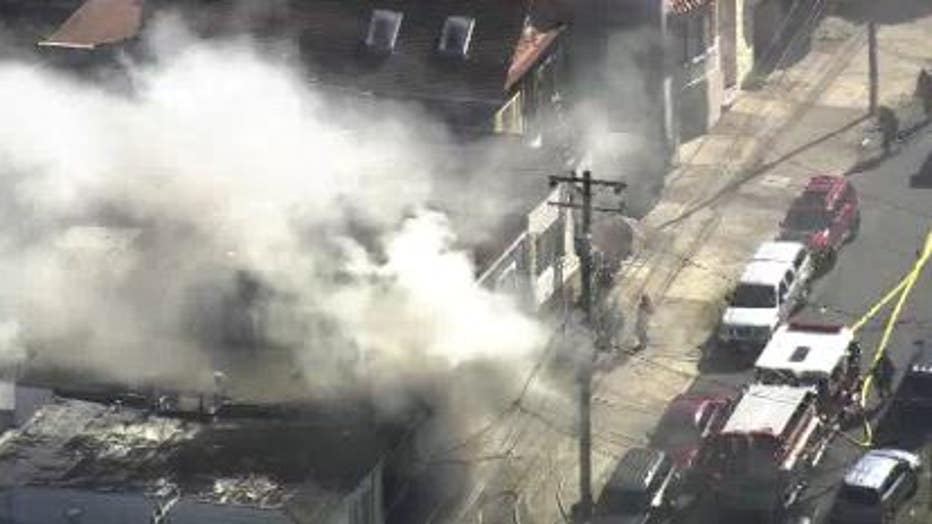 The fire, reported shortly after 11:00 a.m., broke out at a two-story single family home on Lawrence Avenue at Huron Avenue in the city’s Outer Mission neighborhood.

The fire department on Monday afternoon shared dramatic images of what crews were met with when first arriving on scene. Flames shot out of the structure as they responded to reports that multiple people needed to be rescued.

KTVU's SkyFox flew overhead and captured images of fire crews attacking the flames from the top of the structure, as thick smoke billowed from the home. 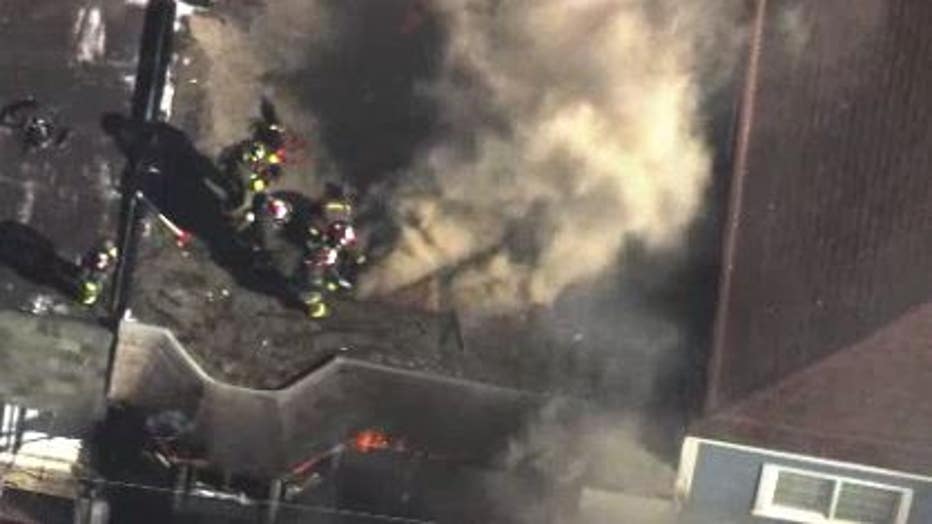 Crews were able to get the fire under control by about 12:15 p.m.

Fire officials said that seven people, all residents of the home, were taken to hospitals with injuries described as minor to moderate.

Officials said an investigation was underway into what sparked the fire.