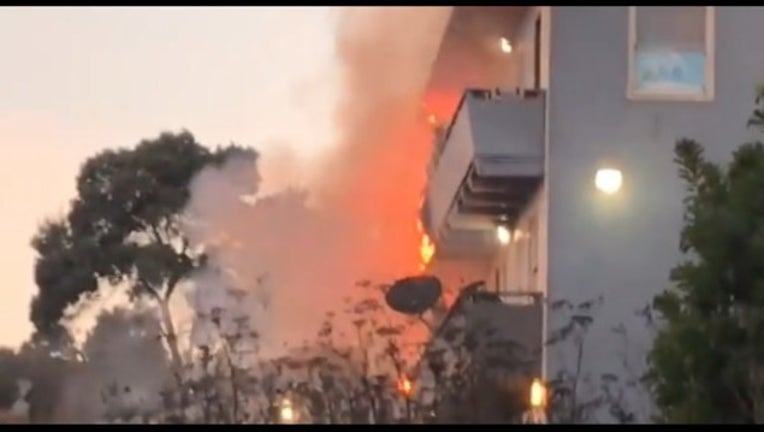 The fire was first reported around 5 p.m. on Wednesday. There were initial reports of occupants trapped, but firefighters updated to say nobody was trapped.

By 5:14 p.m. firefighters said they gained the upper hand.

One adult was reported to have suffered smoke inhalation and a dog was also rescued.

The department will stay at the scene. The fire remains under investigation.