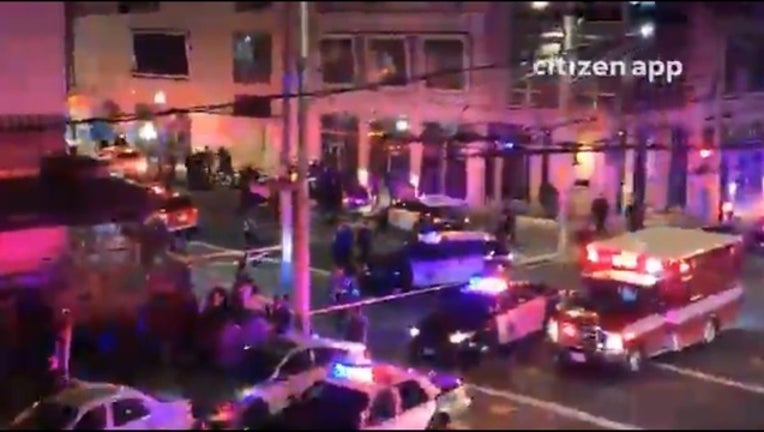 The shooting took place in the 1300 block of Fillmore Street, between Eddy and Ellis streets, around 8:30 p.m. Mister Dee Carnell Simmons III was pronounced dead at the scene, according to police.

Two other victims from the shooting, a 25-year-old man and 51-year-old woman, later arrived at the hospital with injuries not considered life-threatening.

Following an investigation, officers learned that Simmons was involved in the shooting along with the 25-year-old who arrived at the hospital later with injuries. He's been identified as Sean Harrison of
Concord.

Officers have arrested Harrison, as well as 26-year-old San =Francisco resident Jamare Coats, who allegedly drove Harrison to the hospital.

Both Harrison and Coats have been booked into jail on suspicion of homicide and firearms violations.

Police have not released a motive for the shooting as the case remains under investigation.

Anyone with information is asked to call police 24-hour tip line at (415) 575-4444 or to text a tip to TIP411 with "SFPD" at the beginning of the message. Tipsters can remain anonymous.