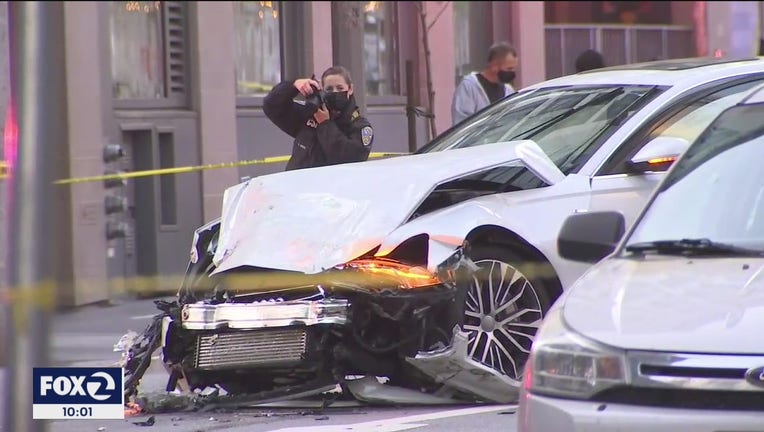 The crash at Hayes and Polk streets, near City Hall, involved two pedestrians and two vehicles. One of the victims, identified as Lovisa Svallingson, 29, was pronounced dead at the scene. Another pedestrian, an unidentified 28-year-old man was hospitalized and suffered life-threatening injuries.

Witnesses told police that the driver of a Chevrolet Avalanche ran a red light before hitting a Audi A6 and then the two pedestrians. The Audi had four passengers, two of which were taken to the hospital. Their injuries were not considered life threatening, police said.

The Chevy driver was seen fleeing the scene of the collision on foot.

On Friday police said Woods discarded clothing following the collision to conceal his identity and later filed a false police report saying his truck was stolen. When Woods was taken into custody, police mentioned in their press release that he had drug paraphernalia in his possession, including glass pipes.