The police shooting claimed the life of an attempted carjacking suspect.

SAN FRANCISCO - In the wake of an officer-involved shooting that left a carjacking suspect dead Saturday night in San Francisco, the city's Police Department will hold a virtual town hall on Monday to discuss the case.

The town hall starts at 3 p.m. and will be broadcast online as the COVID-19 pandemic continues. Officers are expected to share details about the shooting, as well as body-worn camera footage, and viewers will be able to offer public comment.

According to police, the shooting happened in the first block of Otis Street in the city's South of Market neighborhood.

Initially, officers had responded shortly before 11:30 p.m. Saturday to an attempted carjacking with a knife near Market and Gough streets. There, officers located the suspect and pursued him to Otis Street, where the shooting occurred, police said. 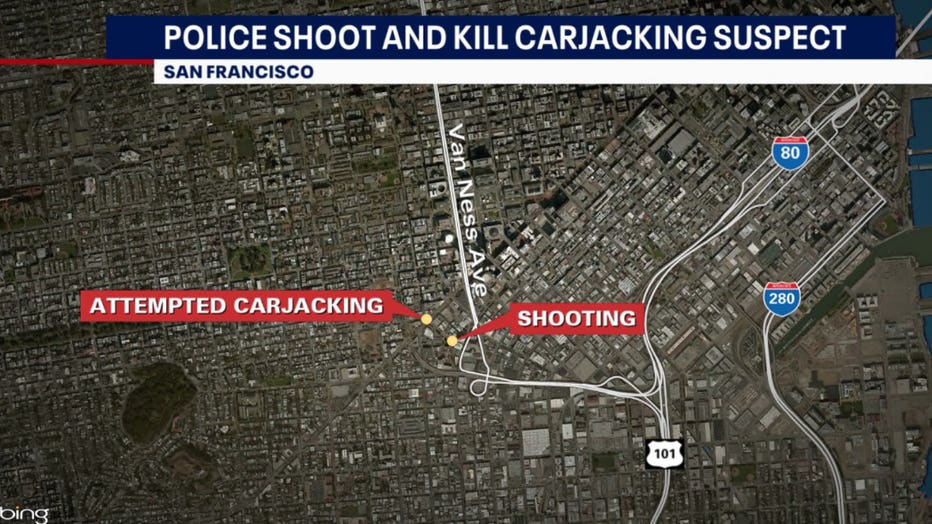 The man was pronounced dead at the scene. He's since been identified as 21-year-old Cesar Vargas of Fairfield, according to the city's medical examiner's office.

Community groups like Defund SFPD Now and Wealth and Disparities in the Black Community have spoken out against the shooting, which is the first fatal officer-involved shooting in the city in two years. Activists also held a rally and march on Monday to denounce the shooting.