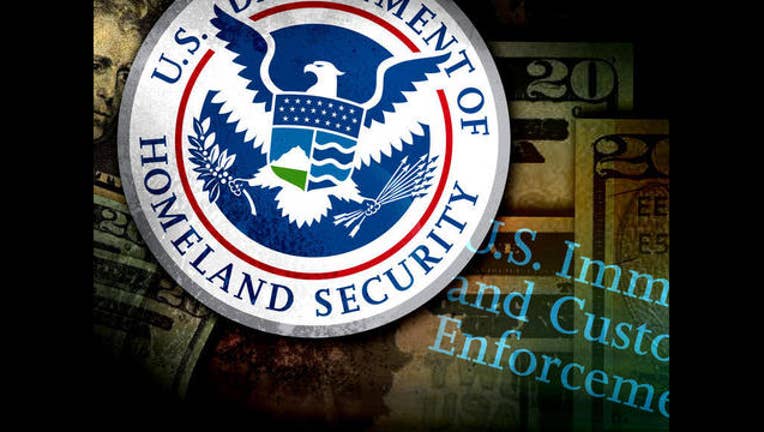 SAN FRANCISCO (BCN) - San Francisco police today said they are investigating to determine if city policies limiting communication with immigration authorities were violated following an incident in which an undocumented man was taken into custody while trying to retrieve a recovered stolen car.

Pedro Figueroa-Zarceno was taken into custody by Immigrations and Customs Enforcement on Dec. 2 at the San Francisco Police Department's Southern Station.

A document from federal immigration authorities released by his attorneys today indicates that a San Francisco police officer directly contacted ICE and told them where to find Figueroa-Zarceno, the man's attorneys and representatives said today.

The apparent incident, which led to the two-month detention of Pedro Figueroa-Zarceno, could be a violation of Sanctuary City policies placing limits on local law enforcement's ability to cooperate with immigration officials, according to his attorneys.

Figueroa-Zarceno, a native of El Salvador with a fiancee who is a U.S. citizen and an eight-year-old daughter, was released Wednesday.

He said today that he had contacted police in November when his car was stolen and went to the Southern Station on Dec. 2, 2015, after receiving a call telling him his car had been found.

Speaking through an interpreter, Figueroa-Zarceno said that once he was at the station he was detained and handcuffed, and told that police needed to ask him questions. No questions were asked, but after a few minutes he was released out a side door, where an ICE agent was waiting outside to detain him.

"I could hear my daughter screaming outside the van, Dad! Dad!" he said. "I could hear her telling them not to take her dad."

The city approved a Sanctuary City policy in 1989 prohibiting city officials from enforcing immigration laws in most cases as a way to encourage immigrant communities to trust and cooperate with police.

A second 2013 ordinance, Due Process for All, prohibits San Francisco law enforcement from detaining people on behalf of immigration authorities for deportation unless they are wanted for a serious crime.

Figueroa-Zarceno's attorneys said the ICE document released today indicates that the sheriff's department contacted ICE on Dec. 2 stating that a "final order fugitive" had been contacted by San Francisco police.

At the same time, the document states, a San Francisco police officer contacted the ICE duty officer directly and told him Figueroa-Zarceno was at the police station. He was taken into custody by ICE around half an hour later.

ICE officials confirmed the detention but would not comment on the documents released today.

Zachary Nightingale, Figueroa-Zarceno's attorney, said the document shows that while he served two days for a DUI in 2012, there were no criminal warrants for Figueroa-Zarceno in the system, only a civil deportation order dating back to 2005.

A judge has since reopened Figueroa-Zarceno's immigration case after finding that the initial order was given without proper notification, and a new hearing is now scheduled for 2019, Nightingale said.

The department did not provide his location to immigration authorities during that call, she said.

Police Sgt. Michael Andraychak today said in a statement that Police Chief Greg Suhr had informed Mayor Ed Lee that Figueroa-Zarceno "never should have been taken into custody by ICE agents after being released from Southern Police Station."

"It is the policy of the San Francisco Police Department to foster trust and cooperation with all people of the City and to encourage them to communicate with SFPD officers without fear of inquiry regarding their immigration status," the statement said.

The department is investigating and if any violations of policies and procedures are found, "there will be serious consequences," the statement said.

Lee said he'd spoken with officials at the Department of Homeland Security about the case last week, and is "pleased" that Figueroa-Zarceno has been released.

Supervisor John Avalos today said the incident was an illustration of how collaboration with immigration authorities can erode the trust between the community and local law enforcement.

It also highlighted the increased "politicization" of immigration during the election season, as seen in the national response last year to the San Francisco shooting of Kathryn Steinle, allegedly by an undocumented immigrant who had been released from custody a short time earlier.

"It's just a sample of what could be in store for other people if we're not clear about the separation between our law enforcement and ICE,"
Avalos said.

Avalos said he plans to introduce legislation in coming weeks to strengthen the Due Process for All ordinance.

"I want people to recognize the fear that undocumented people feel in reporting a crime," Figueroa-Zarceno said today.