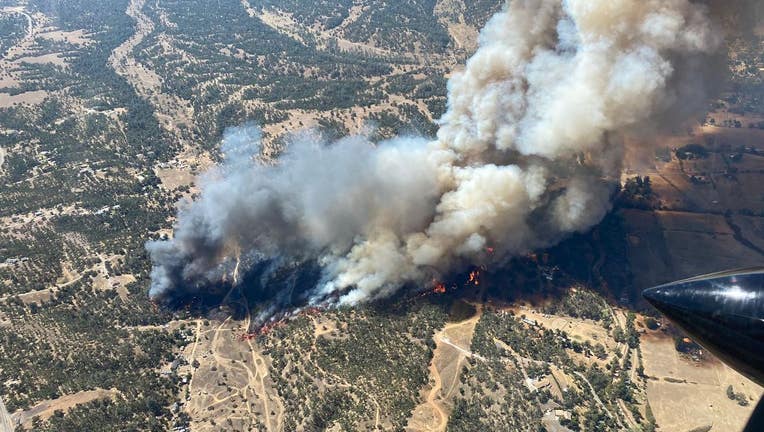 The Peter Fire in Shasta County south of Redding remained at 304 acres, but containment jumped to 34% overnight, up from 25%.

The California Department of Forestry and Fire Protection said the fire erupted shortly before 3 p.m. Thursday and destroyed 12 structures before its forward progress was stopped.

The Redding Record Searchlight newspaper reported that at least three of the structures were homes.

In the Sierra Nevada, a wildfire that began July 7 in Yosemite National Park continued to move eastward along the south fork of the Merced River into the Sierra National Forest.