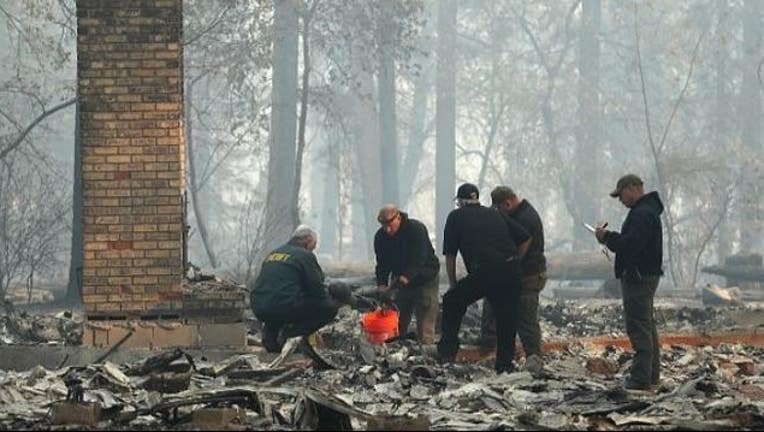 Yuba and Butte County sherriff deputies sift through a destroyed home to collect the human remains of victim of the Camp Fire on November 10, 2018 in Paradise, California. Photo by Justin Sullivan/Getty Images

PARADISE, Calif. (AP) - Authorities in Northern California have named another victim of a 2018 wildfire the devastated a town and killed 85.

Authorities officially identified Lee-Herrera Thursday but her family had previously said she died in her home along with her husband.

The office has now identified 74 of those who died in the country's deadliest wildfire in a century.

The cause of the blaze has not been determined but some people who lost homes and relatives have sued Pacific Gas & Electric.