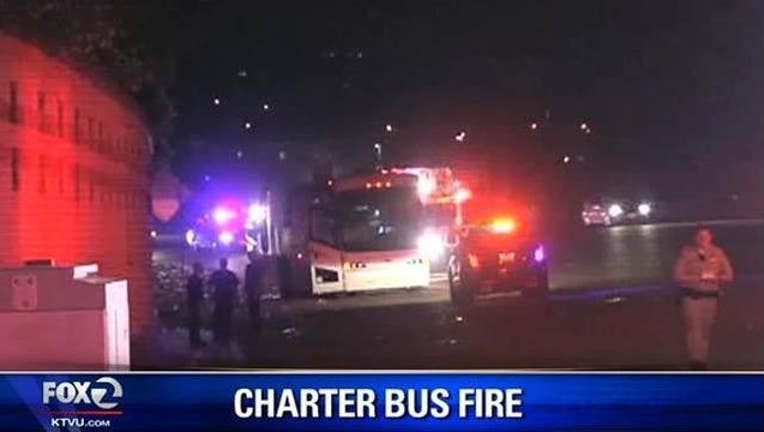 Deputy Sheriff Anthony Coniglio was driving south on Highway 680 near South Main Street around 8:30 p.m. when he saw a 45-foot bus pull to the side of the road, according to sheriff's officials.

A large amount of smoke was billowing from the rear of the bus, officials said.

The deputy reportedly saw students on the bus and pulled over to assist them. As the bus driver was trying to extinguish the growing blaze, Coniglio helped evacuate the 30 students and three adults on board, sheriff's officials said.