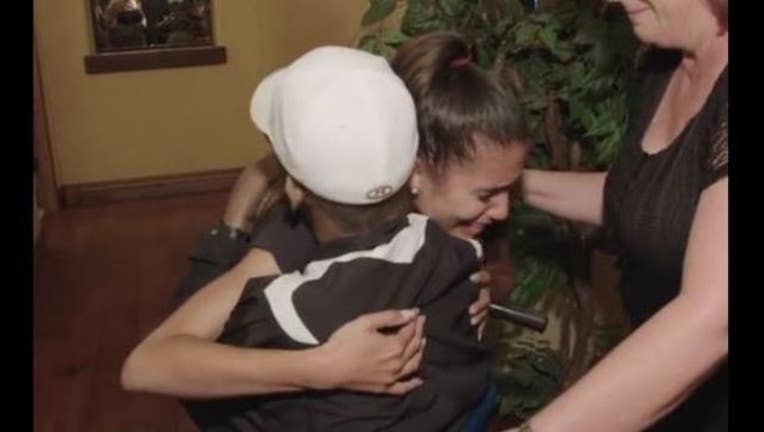 Andre Pearson, 61, a heart failure patient who has been at the Mayo Clinic in Rochester, Minn. since March was originally told he was too ill to attend his daughter's wedding in California. Pearson planned on watching it online, but a few days before his daughter's ceremony he was doing well. So, his care team decided to explore whether it might be possible for him to make the trip after all.

With the right game plan, doctors determined Pearson would be able to surprise his daughter the evening before her wedding in California, and walk her down the aisle.

"I can't help but cry, but its tears of joy," Pearson said after learning that he had received medical clearance to leave the hospital for the wedding and his travel plans were under way.

The Mayo Clinic posted a video of him surprising his daughter, which has received nearly 300,000 views in just a few days. In the YouTube video, his daughter is stunned and crying after they open the door to reveal her father has come to walk her down the aisle.

"Really, if you were just to look at everything on paper, you would say, 'There's really nothing here we can offer,'" Dr. David Joyce said. "Then when you meet Mr. Pearson and you realize what he's capable of, then you start to think outside the box a little bit."

That's when doctors came up with the idea of using a new device for supporting the right heart (the right ventricular assist device).

"He was kind of a pioneer and willing to take on that uncertainty, and it actually worked out beautifully," Dr. Joyce said.

Pearson is the brother of former Dallas Cowboy Drew Pearson, who is famous in Minnesota for catching a "Hail Mary" pass against the Minnesota Vikings. Not knowing that Andre Pearson's brother was Drew Pearson, Dr. Joyce told him before surgery that it would be a bit of a Hail Mary pass.

Pearson and his wife, Gina Pearson, then remarked that they know all about those.

The video of Pearson walking his daughter down the aisle can be seen here.