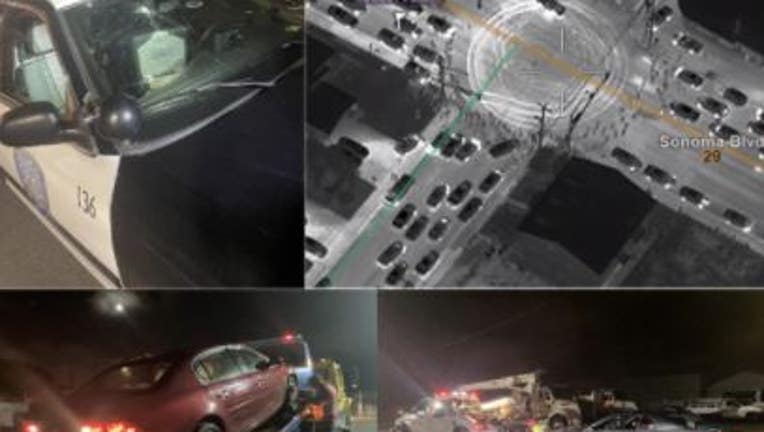 VALLEJO, Calif. - Police in Vallejo made six felony arrests in connection to a sideshow over the weekend where as many as 100 people participated, police say.

Six officers arrived to a blocked intersection. Police described general mayhem in their press release. Participating vehicles were spinning donuts. Police said upon their arrival, the crowd refused to disperse, threw objects at officers and smashed the windshield of one patrol car. 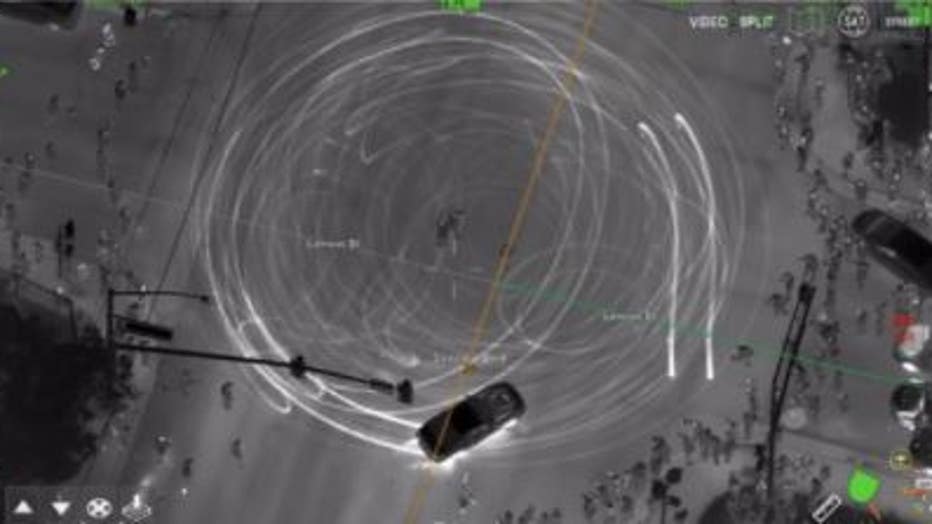 Police shared photos of the smashed windshield and an overhead view of skid marks at the intersection from California Highway Patrol's helicopter. The chopper was offering aerial support.

Police said one of the participating vehicles deliberately blocked police from responding and committed a hit-and-run as the driver fled from officers.

"We cannot tolerate this lawlessness in our city," said Chief Williams. "Sideshows can cause serious injury and can be deadly. Blocking intersections prevents our citizens from traveling safely and diverts our precious resources from helping other people in need."

Police said there were multiple, separate charges among those arrested including: hit and run, evading police, sideshow aiding and abetting, reckless driving, and conspiracy.