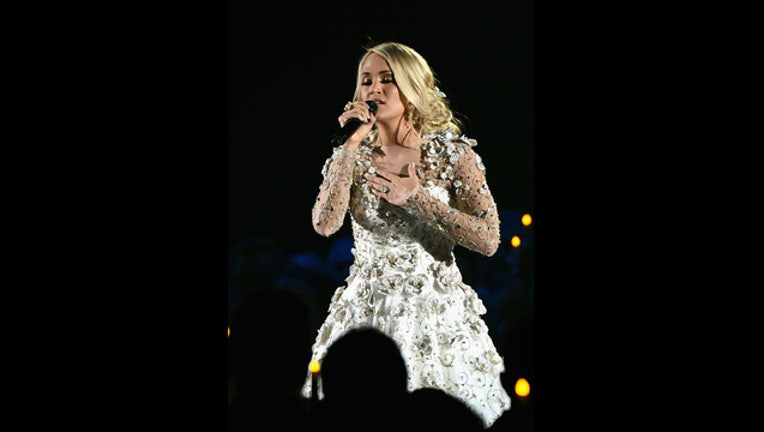 NASHVILLE, Tenn. (AP and KTVU) -- Country singer Carrie Underwood is bringing in 2018 by sharing more details about more injuries that she suffered after a fall that broke her wrist.

She says that she is grateful the injuries weren't much worse and for the people who have helped her since the November accident. She also cautioned fans that she might not look the same when she's ready to be seen on camera again.

"I'm hoping that, by then, the differences are minimal, but, again, I just don't know how it's all going to end up."

She posted a photo of herself on Instagram last week, but her face was hidden behind a scarf.

Underwood also says she'll be in the studio next week.