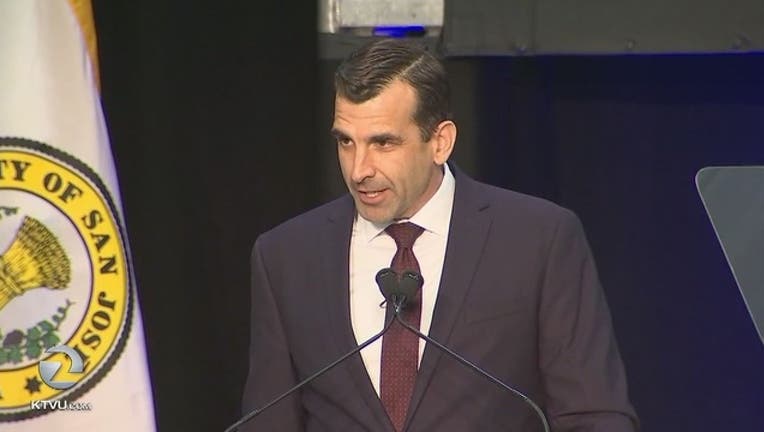 San Jose, CA - Tuesday in the White House Rose Garden, it was pomp, circumstance, and a political victory lap.

"So this is a great and celebratory day," said U.S. Sen. Charles Schumer, (D) Majority Leader.

Democrats are championing the passage and signing of the Inflation Reduction Act a few weeks ago.

"There are a lot of opportunities for San Jose residents and Americans to save a lot of money with various provisions of this bill," said Mayor Sam Liccardo, (D) San Jose, who was invited to the ceremony and made the trek to Washington, D.C. Tuesday.

The recently signed bill has little to do with inflation and more to do with three main agendas: Climate change, prescription drug costs, and corporate taxation.

So, the new law increases spending on green energy and related technologies. It also requires corporations pay more in taxes, while also lowering the cost of prescription drugs. The Congressional Budget Office projects a $300B net savings over nine-years.

San Jose Mayor Sam Liccardo was in Washington D.C. on Tuesday to attend a ceremony celebrating the signing of the Inflation Reduction Act a few weeks ago. He took the opportunity to stump for more federal funding in the South Bay.

"This is a way for all of us to really benefit from the green dividend, and reduce the many costs that we’re seeing rising," said Liccardo.

Some economists said such measures could be negligible on the economy.

"The changes in Medicare and taxation are small contributions to that overall effort. But to have everyone flying in from all corners of the U.S. to sign this big thing as a inflation reduction act is not really sensible," said Dr. Robert Chapman Wood, a professor of strategic management at San Jose State University.

Mayor Liccardo said his trip east had a dual purpose, as he also spent time lobbying federal officials for more funding for the BART extension through downtown San Jose.