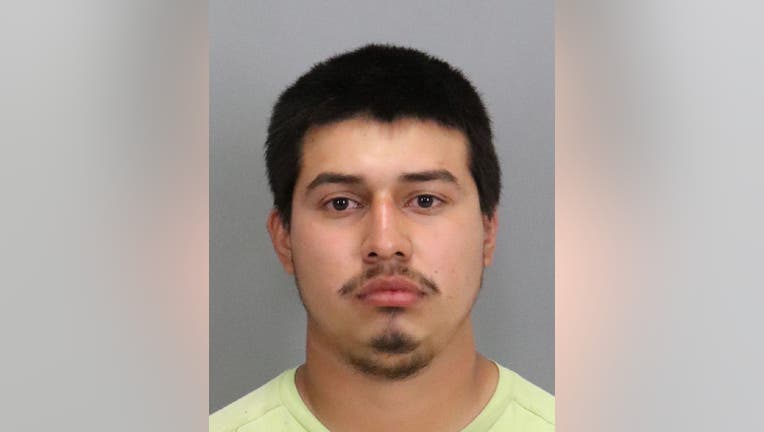 SAN JOSE, Calif. - San Jose police have arrested a 21-year-old man on suspicion of driving under the influence after he struck and killed a motorcyclist Tuesday evening.

Police responded to a report of a collision in the area of Trimble and Zanker roads at 7:54 p.m.

At the scene, police discovered a motorcyclist was struck and killed by a Toyota sedan.

The driver of the Toyota was identified as Luis Anthony Gonzalez. He was arrested on suspicion of driving under the influence of alcohol.

The identity of the motorcyclist was not released, pending next of kin notification.