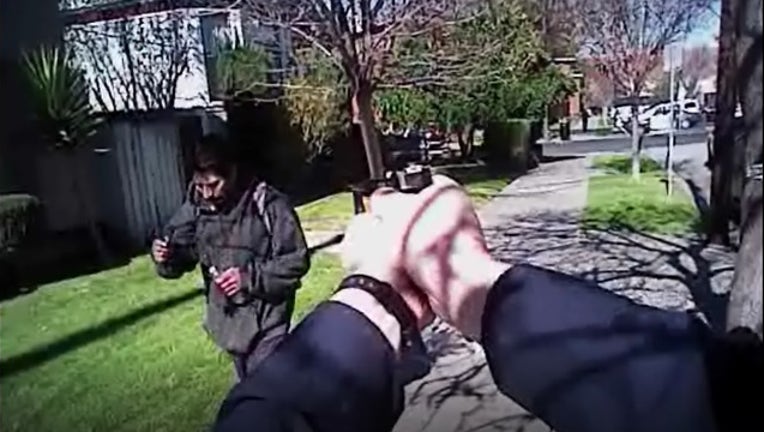 San Jose State police released body cam video on Saturday that shows one of its officers fatally shooting a man on campus five years ago.

SAN JOSE, Calif. (KTVU) - The San Jose State Police Department released body camera footage on Saturday that shows one of its officers shooting and killing a man on campus five years ago.

The department made the video public in response to a new state law. It requires agencies to disclose records about police shootings.

During the February 2014 incident, officers approached Antonio Guzman Lopez, who was holding a knife.

Police say the 38-year-old lunged at them. That's when they deploy a stun gun, but it didn't appear to work, and that is when they used lethal force.

The officers were later cleared in the shooting.