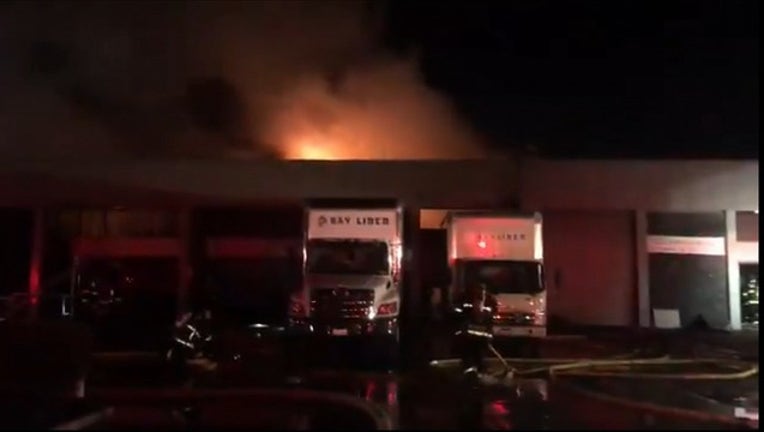 Firefighters remain at the scene of the three-alarm fire at 2995 Teagarden St. and will remain through the night to extinguish spot fires, according to fire officials.

At 3:50 a.m., firefighters responded to a report of a car fire at 2995 Teagarden St. Crews arrived to find a fully involved fire at a building at the location, Knowles said.

The fire quickly spread to adjacent structures, affecting businesses at 2993, 2995 and 2999 Teagarden St.

There are no reports of injuries and the cause of the fire is currently under investigation, Knowles said.