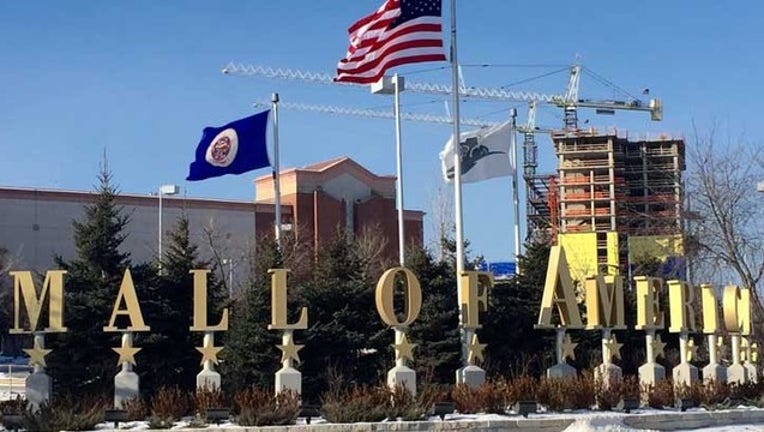 JOHANNESBURG (AP) — A video purported to be by Somalia's al-Qaida-linked rebel group al-Shabab urged Muslims to attack shopping malls in the U.S., Canada, Britain and other Western countries.

U.S. authorities said there was "no credible" evidence suggesting a U.S. mall attack was in the works.

The threat by the al-Qaida affiliate came in the final minutes of a more than hourlong video released Saturday in which the extremists also warned Kenya of more attacks like the September 2013 assault on the Westgate Mall in Nairobi in which 67 people were killed.

The masked narrator concluded by calling on Muslims to attack shopping malls, specifically naming the Mall of America in the Minneapolis suburb of Bloomington, as well as the West Edmonton Mall in Canada and the Westfield mall in Stratford, England. The authenticity of the video could not be immediately verified by The Associated Press.

"However, we are not aware of any specific, credible plot against the Mall of America or any other domestic commercial shopping center," Catron said.

The Bloomington Police Department said additional security measures had been put in place at the Mall of America, one of the largest malls in the nation.

Speaking earlier on morning talk shows in the U.S., Department of Homeland Security Secretary Jeh Johnson called the video "the new phase" of the global terrorist threat and warned the public to be vigilant.

"These groups are relying more and more on independent actors to become inspired, drawn to the cause and they'll attack on their own," Johnson said, speaking on CNN's "State of the Union."

"I am very concerned about serious potential threats of independent actors here in the United States. We've seen this now in Europe, we've seen this in Canada."

Asked about the specific threat against the Mall of America, Johnson said: "Any time a terrorist organization calls for an attack on a specific place we've got to take that seriously. What we're telling the public is you've got to be vigilant. ... There will be enhanced security there that will be apparent, but public vigilance, public awareness and public caution in situations like this is particularly important."

In the slickly produced video posted online, a masked man, his face wrapped in a black-and-white kaffiyeh-type scarf and wearing a camouflage jacket, declared: "Westgate was just the beginning." The video included footage from major news organizations showing the assault on the mall and said it was in reprisal for alleged abuses by Kenyan troops against Muslims in Somalia.

"What if such an attack were to occur in the Mall of America in Minnesota? Or the West Edmonton Mall in Canada? Or in London's Oxford Street?" said the man, who spoke with a British accent and appeared to be of Somali origin.

The Mall of America said in a statement that it was "aware of a threatening video which includes a mention and images of the mall," and said extra security had been put in place.

Minnesota Gov. Mark Dayton was monitoring the situation and has been in regular contact with the commissioner of the Minnesota Department of Public Safety which is coordinating with federal and local law enforcement agencies and the Mall of America "to assure the safety of all Minnesotans," said a statement released by the governor's press secretary Matt Swenson.

"I'm more afraid of the cold today than any terrorists," said Mary Lamminen, of St. Paul.

David Modrynski said he talked with his wife and son about whether to visit the mall after hearing about the video. "But we can't stop living our lives because somebody says they're going to do something," Modrynski said.

While al-Shabab has carried out attacks in neighboring Kenya, Uganda and Djibouti, which all have troops fighting the extremists as part of the multinational African Union force, the al-Qaida affiliate has never operated outside East Africa and the Horn of Africa.

Minnesota, home to the largest Somali population in the U.S., has been the target of terror recruiters in the past. Since 2007, more than 22 young Somali men from Minnesota have traveled to Somalia to join al-Shabab, and a handful of Minnesota residents have also traveled to Syria to fight with militant groups within the last year, authorities say. At least one Minnesotan has died while fighting for the Islamic State group.

On Thursday, a 19-year-old Minneapolis man who was stopped at a New York City airport in November as he and three others were allegedly attempting to travel to Syria was indicted on charges associated with supporting the Islamic State group.

In Kenya, the government dismissed the al-Shabab video.

"Muslims also died in the Westgate attack. It's in our interest to ensure Somalia is stabilized because the instability affects us. The video is cheap propaganda trying to re-write history and to get more support from those support them."