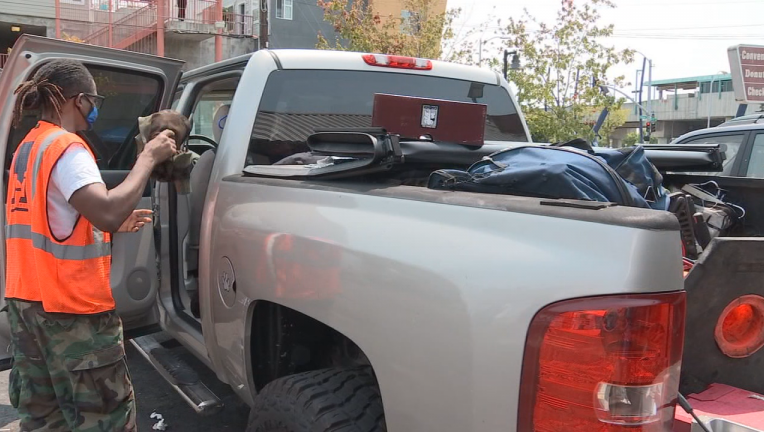 Sirmac Javius didn't get an EDD check for 14 months and was forced to live out of his truck.

OAKLAND, Calif. - Despite months of frustration, many Californians are now reporting some good news: They're finally getting paid from the Employment Development Department – and they're crediting free help from their local lawmaker.

Sirmac Javius has been desperate and homeless, but his fate changed for the better this week.

The Hayward man shared his story with KTVU on Friday about how he hadn't gotten a single EDD check in the last 14 months after getting laid off as a barber during the pandemic. He said he had tried to contact the state agency himself more than 100 times by phone and email to find out why he kept getting "disqualified" alerts. But to no avail.

Having very little income, aside from the occasional day labor gig, forced him to live out of his truck.

Javius also didn't know about a free service that has quietly blossomed over the last year: California lawmakers now have a small cadre of dedicated EDD staff to help constituents navigate the tangled bureaucracy, which has been riddled with technical difficulty and backlog of cases. At the end of July, more than 3.4 million called into EDD, but only 7% of the calls were actually answered, state data shows.

While local politicians say it is their job to help their constituents, they also note that their continued role as "EDD social workers" is not a sustainable role.

After learning about the program from KTVU, Javius contacted his state senator, Bob Wieckowski, who represents southern Alameda County.

On Monday, one of Wieckowski's employees, Rocky Fernandez, connected Javius with an EDD representative. And by the afternoon, his problems were solved. He was told that his claims would soon be paid, which was verified by Wieckowski's office.

It turns out that the EDD had the wrong date of birth for Javius, which he insisted he had tried to correct himself by uploading the proper documentation through the ID.me verification system.

It was never explained to him why his information didn't take. But when he spoke to the EDD representative on Monday, she said she had taken care of the problem.

Sirmac Javius was working as an apprentice barber in East Oakland before the pandemic hit. When he lost his job, he turned to the California EDD for help. 14 months later, he's still waiting to receive his first payment.

And Javius isn't the only one who has had success.

Eric Sanchez of Fremont said it looked like his EDD account had been hacked after he got an email alerting him that changes had been made.

But he didn't make any changes. So, when he went to sign into his account to see what happened, he realized someone had reset his password and he couldn't get in.

Worried that all his money would be taken, Sanchez tried in vain to solve the problem himself. But none of the links worked to get back into his own account.

He called the same senator that Javius did and said that Wieckowski's staffer, Brett Hailey, contacted the office's EDD liaison. In less than a day, the agency verified his information and in minutes, he was able to retrieve control of his account.

Others are reporting breakthrough stories, too.

On Reddit, a recent post also credits Assembly members and senators in making well-placed calls to their office's EDD liaison to get the problem resolved, often very quickly.

One post is titled "Guys after 7 months of no pay I might be getting all my sht this week. CONTACT YOUR ASSEMBLYMAN IT WORKS." The author wrote: "For the first time, EDD called ME back because of the assemblyman who they referred and I had an in depth convo on why I wasn’t getting any payments and it’s looking really good. I feel like a huge weight that’s been weighing me down for 7 months has finally been lifted. I’m so happy rn."

No one is tallying exactly how many people have called their legislative offices.

But Assemblyman Phil Ting's San Francisco office has received, and cleared, more than 2,000 cases in the last 16 months, alone.

A large portion of those cases have fallen on the desk of Laura Eastridge Murphy, the formal "scheduler" for Ting's office, who has personally worked on 405 of those cases, often juggling 45 people's problems at a time.

The office has had a more-than-90% success rate, according to Ting's staff.

Ting and other lawmakers say that on the one hand, it's their job to help their constituents and they are happy to help those in need. 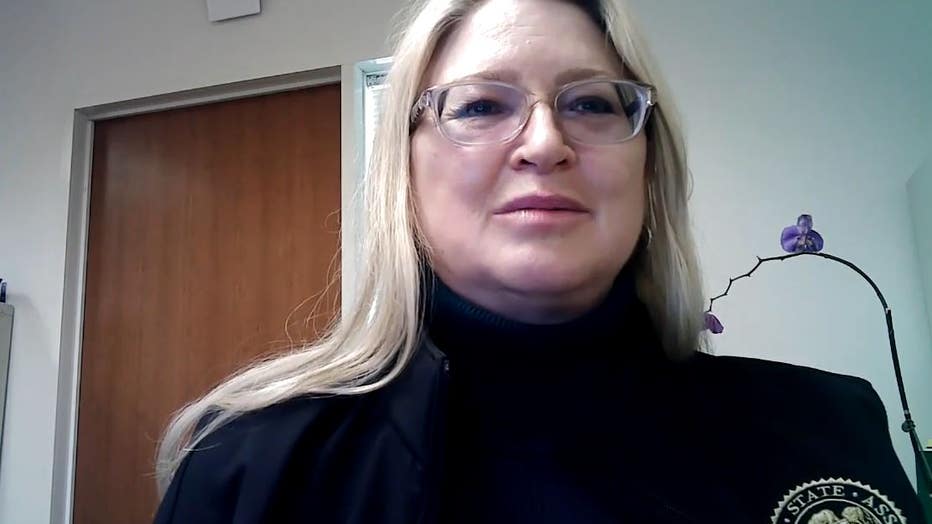 On the other hand, they say, they were involuntary and reluctantly thrust into the role of "EDD social worker."

Mike Bernick, former head of the EDD and employment attorney with the Duane Morris firm, said that he, too, recommends people contact their lawmaker's office if they are having troubles.

"Is this the right way to do this?" Bernick asked rhetorically. "Well, if everyone did it, the legislative office would be overwhelmed. It's not really a system that is sustainable."

He also noted that not everyone knows about this service and it's clear that thousands, if not millions, of people are still left to sort out their EDD issues on their own.

"Most people do not have slightest idea how to do this," Bernick said. "They lack the savvy to navigate all this and are at a great disadvantage. And then you just get further and further behind."

As of now, the federal extensions and supplements for unemployment insurance in California are scheduled to end on Sept. 4. This means that Californians now receiving Regular Unemployment Insurance will continue to receive their state payments, but not the $300 supplement, and those receiving Pandemic Unemployment Assistance or PUA, mainly independent contractors, and those on Extended Benefits will see their payments end.

However, there are very active efforts in Washington, D.C., this week to extend both PUA and Extended Benefits.

Currently, more than three million Californians are on one of these three forms of unemployment insurance.

IF YOU'RE INTERESTED: Legislators can only help constituents in their district. To find your legislator, click here.