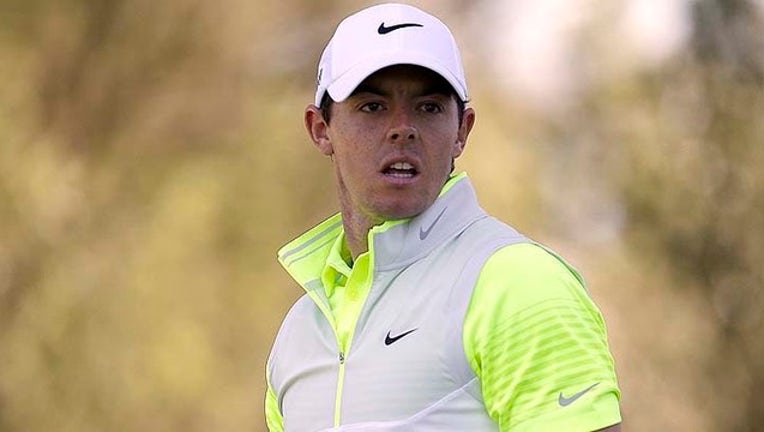 SAN FRANCISCO (AP) — Jordan Spieth was 2 down early in his match when he rolled in a 15-foot birdie putt on the sixth hole. That was the start of an amazing run in which the Masters champion one-putted the rest of the way until he beat Matt Every for another victory in the Match Play Championship.

What's an opponent to do? Or say?

"He said something like, 'Dude, that was really, really impressive. Good work.' Or something like that," Spieth said with a smile and hint of embarrassment.

There was only one small problem Thursday at the TPC Harding Park. It doesn't mean anything for Spieth. He has to go do that one more day — next up is Lee Westwood — to make it out of his group in round-robin play and into the round of 16.

Rory McIlroy knows the feeling. The world's No. 1 player won his second match, this time going the distance against Brandt Snedeker. All that means is that he faces Billy Horschel, who also won both matches, on Friday that decides who goes to the weekend and who goes to Florida.

Not so usual were the paths of Rickie Fowler and John Senden. Both already are assured of winning their groups no matter what happens on Friday. They essentially are playing a practice round in the middle of their tournament.

Senden, who got past Henrik Stenson in extra holes on Wednesday, had an easier time in beating Bill Haas.

Fowler had it tougher. After going the distance to beat Harris English on the first day, his chances looked bleak when the match was all square Thursday with Shane Lowry of Ireland, who was hitting all the right shots and putting pressure on Fowler.

And that's when Fowler started looking like Spieth. He made everything.

He made putts of 18 feet, 15 feet and 30 feet — all to halve the hole and keep even with Lowry — before closing him out with a birdie on the 18th hole. English won his match against Graeme McDowell behind them, meaning Fowler wrapped up his group.

"Must be nice," Spieth said under his breath with a smile when told that Fowler was already in the round of 16.

Westwood escaped with a 1-up victory when Mikko Ilonen missed a 4-foot putt. He already has made 11 birdies and an eagle in 36 holes, while Spieth has made 14 birdies in 31 holes.

"It's going to be hard to keep making this many putts and this many birdies," Spieth said. "And I feel like I'm truly going to need that to beat him."

McIlroy faces Billy Horschel, who had no trouble dispatching Jason Dufner. McIlroy and Horschel are both 2-0 and play Friday to determine who advances to the weekend.

McIlroy and Horschel have some history, though it's ancient. They faced off in the 2007 Walker Cup, and McIlroy was a little irritated by what he perceived to be excessive emotions from Horschel. They split the two matches they played. Both have talked and laughed about those days, and there are no ill feelings. Then again, they haven't faced each other in match play since then.

"Back then, we were a little bit younger and a little more emotional," McIlroy said. "So it was pretty heated. I don't think tomorrow will be quite so much like that. But still, you need to win or go home. So it's an important game."

— Bubba Watson and Louis Oosthuizen each won their matches to set up a win-or-go home match Friday in their group. Watson beat Keegan Bradley.

— Gary Woodland put away Ian Poulter, the Ryder Cup wizard who now has lost his last three matches in this tournament. That means Woodland and Webb Simpson, who beat Jimmy Walker, will play Friday for the right to advance.

— Thongchai Jaidee defeated Jim Furyk, and George Coetzee rallied to beat Martin Kaymer. Everyone in that group is 1-1, so a head-to-head tiebreaker will be used for winners to see who advances. That's also the case in the group with Sergio Garcia, Bernd Wiesberger, Tommy Fleetwood and Jamie Donaldson.

Fowler knew he would win his group provided English beat McDowell, because Fowler had already defeated English. McDowell had a 3-up lead until English rallied to win five out of six holes for a 2-and-1 victory.

That gives Fowler a day off, even though he'll still be playing.

"Obviously, I still want to go out and play a good match and win the match," Fowler said. "In a way, it will give me time to work on stuff and ... see if we can tighten the game up a little bit."