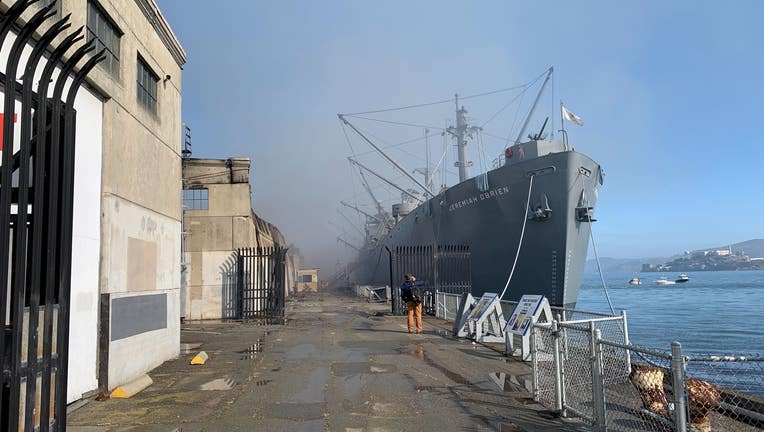 The SS Jeremiah O'Brien suffered minimal damage after a 4-alarm blaze burned on Pier 45 on Saturday, May 23, 2020. Photo: Joseph Cousins/KTVU.

SAN FRANCISCO - Volunteers with the SS Jeremiah O'Brien National Liberty Ship Memorial say that while the historic World War II cargo ship "escaped mostly unscathed" from the four-alarm fire on Saturday at Pier 45 in San Francisco, the organization that supports it did not fare as well.

"Items in storage and pier side have been destroyed," the National Liberty Ship Memorial said Sunday in a post on its Facebook page. "Recovery will take time and money."

The organization is appealing for donations to replace what was lost.

The O'Brien, launched in Maine in June 1943, is one of only two Liberty ships of more than 2,700 built during World War II that remain fully functional. 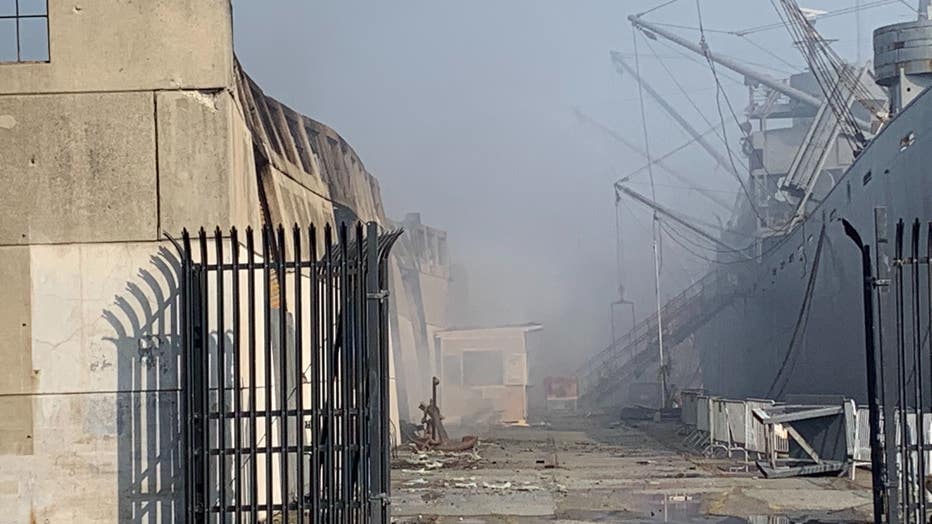 The SS Jeremiah O'Brien suffered minimal damage after a 4-alarm blaze burned on Pier 45 on Saturday, May 23, 2020. Photo: Joseph Cousins/KTVU.

The ship, designated a National Historic Landmark, is a living museum docked at Pier 45 and is listed on the National Register of Historic Places.

Donations can be made online.