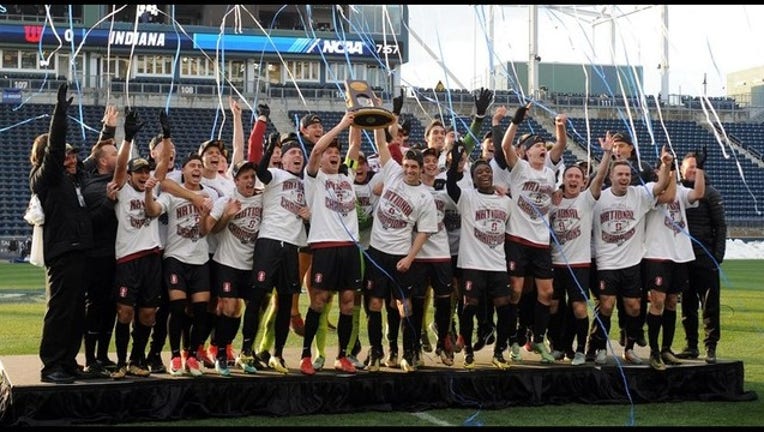 The Cardinal won the title by beating Indiana 1-0 in double overtime.

Stanford is also the first school to win both the men's and women's Division I soccer titles in the same season.