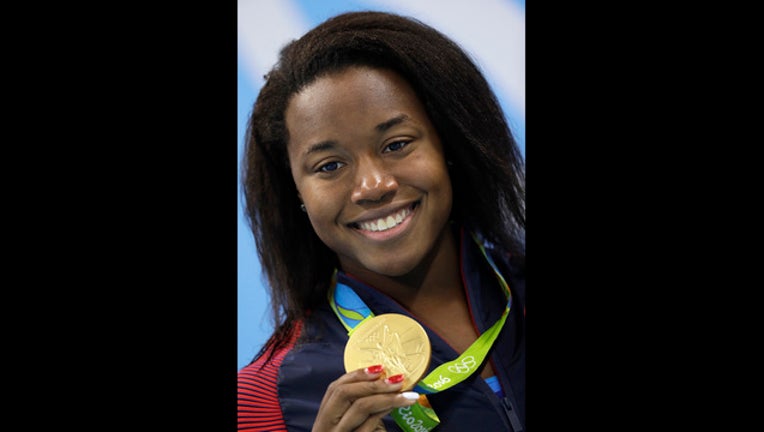 USA's Simone Manuel shows off her gold medal during the medal ceremony for the women's 100-meter freestyle final during the swimming competitions at the 2016 Summer Olympics, Friday, Aug. 12, 2016, in Rio de Janeiro, Brazil. (AP Photo/Michael Sohn)

RIO DE JANEIRO (KTVU) - Stanford Junior Simone Manuel was brought to tears Thursday after becoming the first African-American woman to win an individual Olympic medal in swimming. Not only did she make history, she did it by winning gold.

Manuel, the Olympic athlete, won the 100-meter freestyle with an Olympic and American record time of 52.70 seconds. But she wasn't alone, she tied with Canadian swimmer Penny Oleksiak, who touched the wall at the same time.

"It means a lot. I mean, this medal is not just for me," Manuel said after making history in the race. "It's for a whole bunch of people that came before me and have been an inspiration to me."

Both Manuel and Oleksiak were awarded gold medals for their accomplishments.