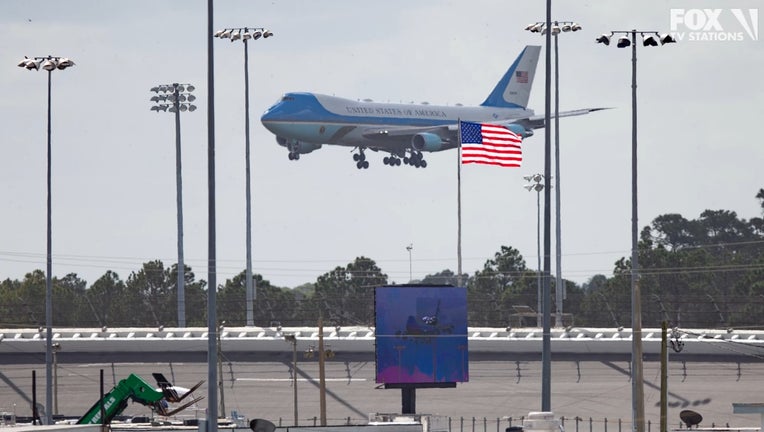 DAYTONA BEACH, Fla. - The start of the Daytona 500 was delayed by an unexpected rain shower that began moments after President Donald Trump and his motorcade finished a ceremonial parade lap.

Trump's limousine nicknamed “the beast” exited Daytona International Speedway, and the 40 drivers were expected to begin the race moments later. Instead, the sky opened for a brief shower and drivers returned to pit road.

The start already had been pushed back 13 minutes to accommodate Trump's trip. 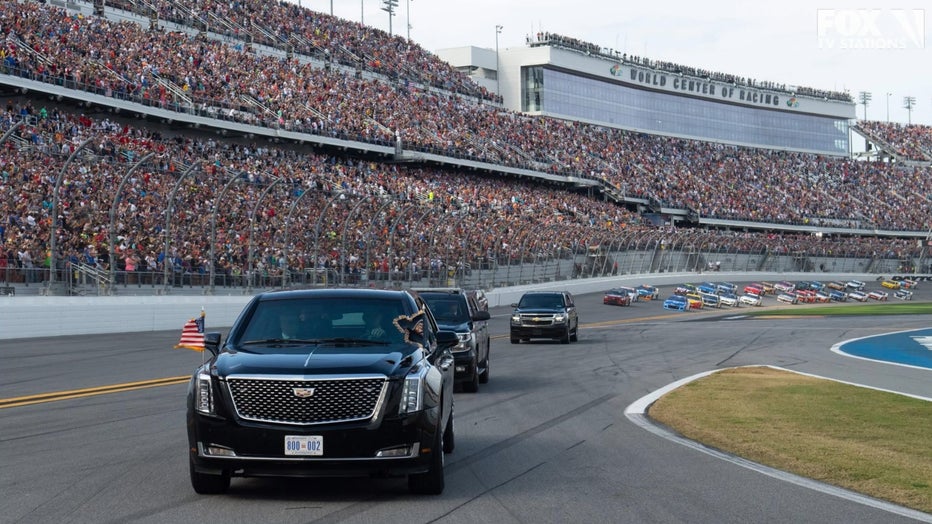 Trump made a dramatic entrance hours earlier, setting off a raucous celebration at the famed track. Thousands cheered as Air Force One performed a flyover and landed at Daytona International Airport a few hundred yards behind the track. Trump's motorcade arrived a few minutes later, prompting another loud ovation. Both entrances were broadcast on giant video boards around the superspeedway.

At least a dozen drivers were escorted from the pre-race meeting to a private introduction with Trump.

“I got to meet the president! How cool is that?” driver Aric Almirola said.

Trump served as the grand marshal for the Daytona 500 and gave the command for drivers to start their engines. He then got in the limousine and turned a lap. 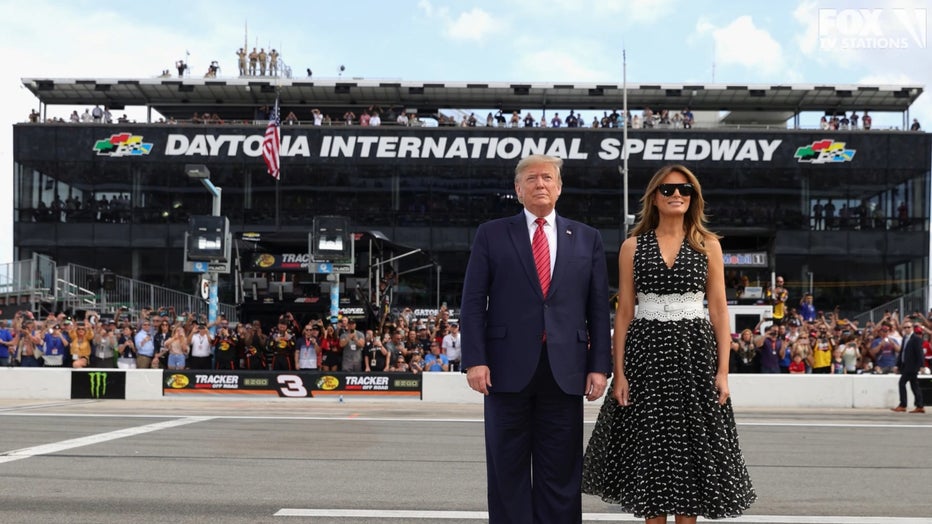 Ricky Stenhouse Jr. was on the pole for “The Great American Race" and had hoped to be at the front of the pack when the president and Air Force One departed. He was hoping to create an iconic photo opp, similar to the one from 2004 involving Air Force One, with President George W. Bush aboard, and Dale Earnhardt Jr.

The president's visit was widely welcomed by NASCAR fans. Trump 2020 flags flooded the infield, and some fans wore them as capes in the garage area.

Trump's presence also created huge lines at entrances, with many fans complaining while waiting hours to get through security.

Former NASCAR chairman and CEO Brian France, who was replaced following his August 2018 arrest on DUI charges, was on Air Force One with the president and first lady. They traveled from West Palm Beach.

Among those who met them at the airport: current NASCAR chairman Jim France and fellow top executives Lesa France Kennedy and Ben Kennedy.