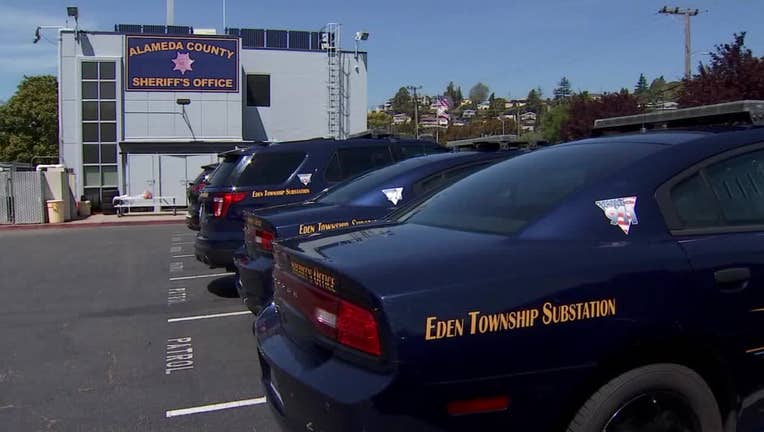 OAKLAND, Calif. - The state agency vested with the power of overseeing California's peace officer standards will not be issuing any type of final report or reprimand to the Alameda County Sheriff's Office, which allowed more than 40 deputies to be hired even though they received D grades and were deemed "not suited" on their first psychological exam.

Four months later, most every one of those deputies are now back at work.

"No, there is no report," POST spokeswoman Megan Poulos said in an interview. "POST just decided this is something we don't do. Even with the severity of what happened, we decided not to do anything outside of what is our usual authority, which is checking for compliance."

Poulos added, however, that Commission on Peace Officer Standards and Training, or POST – the government agency that sets the minimum hiring and training standards to become a police officer in the state of California – took what happened in Alameda County "very seriously."

But POST inspectors ultimately decided that what happened there was a one-off, as no other law enforcement agency allowed what outgoing Alameda County Sheriff Gregory Ahern did: Hiring deputies who got D grades, which a psychologist deemed "not suited" for the job.

In addition, KTVU reviewed more than 500 pages of emails between POST and the sheriff's office. It's possible the communication over the "unsuitable" issue was done verbally, but from the emails, it appears as if the topic was barely covered at all. The issue was raised in only a handful of instances, with no conclusions drawn or summary of what occurred discussed.

Originally, Poulos had said that POST inspectors would be issuing some type of report to let the public know what happened after KTVU first reported in September that 47 deputies were relieved of their law enforcement duties for receiving unsatisfactory results on their psychological examinations dating back to 2016.

The lack of finality drew criticism from Jose Bernal, organizing director of the Ella Baker Center.

"Wow," he said. "That's outrageous. The sheriff blatantly violated the law. I read the statute over and over again. This shows there is no accountably and POST has no teeth. This just erodes public trust."

POST evaluators are also supposed to regularly inspect personnel files, which they failed to do in Alameda County – and perhaps other agencies as well, critics pointed out.

The POST psychological exam is a multiple choice exam to determine a police officer's psychological fitness in order to "protect public safety" and ensure that law enforcement hires are "free from any mental condition, including bias against race or ethnicity, gender, nationality, religion, disability or sexual orientation that might adversely affect" their exercise of power. The test also tries to ensure that the candidate is "capable of withstanding the psychological demands of the position."

It is a violation of state law to hire someone as a peace officer who is deemed unsuitable on a psychological exam.

In an interview this fall, Ahern said POST in prior years had allowed him to hire candidates with D grades.

But Poulos insisted that wasn't the case – and she said an audit of other police agencies in California showed that the Alameda County Sheriff's Office was the only agency hiring deputies with these subpar grades.

After filing a California Public Records Request, KTVU reviewed 554 pages of emails between POST and the sheriff's office, in the hopes of learning more about the interaction between the two agencies over the "unsuitable" matter.

But the emails were mostly mum on the topic.

In fact, there were only a handful of mentions of the entire situation at all – mostly just to secure logistics on where to audit the psychological evaluations of other deputies in years past, as far back as 2012.

For example, on Oct. 12, David Honda, a POST law enforcement consultant, wrote Alameda County Sheriff's Sgt. Ranvir Sanghera that he would not need to review the files of any employee who had left the agency or any dispatchers.

Sanghera responded that he would bring all the necessary paperwork - 558 files in 46 boxes – for the POST inspectors on Oct. 17 to a conference room at 3 Park Place in Dublin.

On Nov. 2, Honda asked Alameda County Sheriff's Deputy David Sides for the list of deputies who were initially removed from duty, who had been reinstated and which deputies didn't pass their second psych evaluation.

Two days later, Sides sent Honda the status of the "47 deputies." But that attachment was not included for public review.

There was no email included in the public records request stating the conclusion of the audit.

In fact, most of the emails were about completely different topics, such as people teaching motorcycle courses, finding sex crimes experts to teach or figuring out the process to become trained in "firearms familarization."

And there was one email about getting a surprise together for Ahern, who leaves office next week after losing an election this summer.

The sheriff's office has previously acknowledged that the audit of the psych exams was a direct result of the double homicide that former Deputy Devin Williams Jr., 24, is charged with. Williams allegedly killed a husband and wife, with whom he was having an affair, in their Dublin home on Sept. 7.

Ahern acknowledged that Williams had failed his psych exam, and the county's undersheriff suggested they review the files of all their newly hired deputies.

As of late October, 41 of 44 deputies were back on the job after passing a second exam, according to Lt. Ray Kelly. The original number of deputies was 47, but three had passed a re-test, which had been overlooked. Three people had pending exams; two of those deputies were on maternity leave. Only one officer on the list is not currently employed as a deputy, KTVU has learned, as he had been in his probationary period and was simply not hired on full-time.

State law allows those peace officer candidates to take a psych test a second time, but that test has to be taken before a candidate is hired.

There was no detailed explanation on how the deputies passed the second test so quickly, despite requests for that information.

At the time, Kelly said the sheriff's office played no role in arranging the re-tests for the deputies. Employees were given a list of accredited psychologists and were also represented by their labor union during the process.

In a prior interview, newly elected Sheriff Yesenia Sanchez said none of the deputies did anything wrong and they had been unfairly stigmatized.

She added that since being hired and working on the job, the majority of the deputies have likely gained maturity and experience, which enabled them to pass the second test.

While POST did not issue any conclusive findings on what happened, Poulos did say her agency is working to standardize the evaluation forms that are signed off on by the psychologists," an item that was approved at the end of November.

"If any change comes out of this," Poulos said, "it's that every agency will now use the same reporting form for their psych exams. There won't be any question. There will either be, ‘Did the candidate pass? Yes or no.’"