AB 767 would provide restitution to victims of police violence

The concept behind Assembly Bill 767 had already moved through the Assembly this legislative year. But the aftermath of the George Floyd killing while in police custody generated new urgency, so new language was added and now both houses will consider passage.

“Victims of police violence are never seen as victims,” said Tinisch Hollins, of Californians for Safety & Justice, a sponsoring group.

She says that burden falls unevenly on communities of colour. On the day a California senate committee begins considering a bill to change who’s eligible for the state’s restitution fund, a virtual press conference pushing for change. Proponents of Assembly Bill 767, along with advocates and relatives of those slain by police spoke up in support.

“This is a nation is grappling with its oppressive past, and the lingering effects,” said Asm. Tim Grayson, (D) Concord. 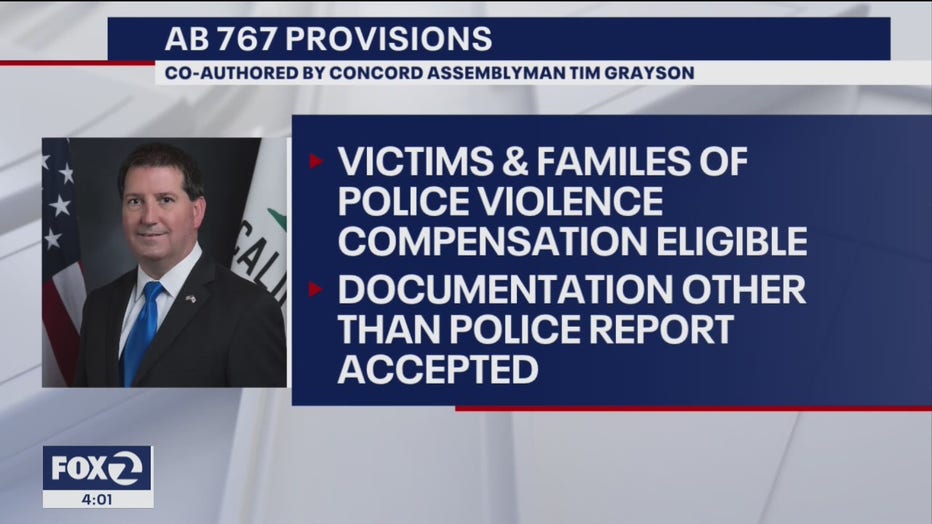 Grayson co-authored the bill with several others. If passed, it would allow victims of police violence, and their families, to get compensation from the state’s Restitution Fund. Also, it would mandate acceptance of documentation other than a police report when determining eligibility.

“AB 767 will correct the racial inequity when there’s no currently available compensation for victims of police violence who are disproportionately people of colour,” said San Francisco District Attorney Chesa Boudin.

Victims of those killed during officer-involved shootings say most times, there’s little sympathy, or resources to bury their loved ones. The Monterrosa sisters say their family is still haunted after a Vallejo police officer, on Jun. 2, shot through a police vehicles windshield, killing their brother, Sean.

“Since the moment Sean’s life was taken, we’ve been fighting for justice. There was no sympathy or support the night my brother was killed,” said Ashley Monterrosa.

The family of Lenard Bradley, Junior says they’re still struggling with loss and a lack of justice after he was shot and killed in 2009 by police San Pablo police responding to a carjacking.

“Every time you see a police-involved shooting you are traumatized and retriggered. Every time,” said Geoffrea Simpson Morris, Bradley, Jr.’s sister.

“We know the barriers that are created for black and brown communities, due to law enforcement. and this is something that has to stop,” said Kyndra Simmons, intervention director for Youth Alive.

The Calif. Senate Public Safety Committee takes up this bill at 9 a.m. Friday. If it makes it from committee, it goes to the full senate for a vote, then back to the assembly for a vote, before going to the governor’s desk for signing.