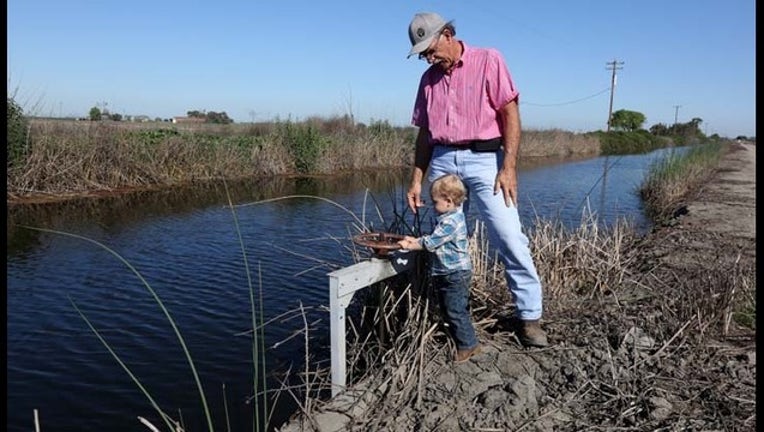 The project now calls for restoring 30,000 acres for wetland and wildlife habitat — down from 100,000 acres, California Department of Fish and Game Director Chuck Bonham told The Associated Press on Wednesday.

Bonham said the amount of land targeted for environmental improvements changed because there was "too much complexity" in the original 50-year plan, given the need for permits from federal wildlife agencies against a backdrop of uncertain future effects of climate change.

The state is entering its fourth year of drought with mandatory water restrictions for residents, and many farmers are receiving little or no surface water for irrigation from government water projects.

The original upgrades were expected to cost $8 billion, and officials said the new plans to be announced Thursday will cost about $300 million.

"We need to restore habitat in the delta," Bonham said. "We've known that for a long time. There's no dispute there. Let's get going and do it."

Under development for eight years, the Bay Delta Conservation Plan calls for building two underground tunnels, 40 feet across and 30 miles long, to send water from the Sacramento River around the delta. The water currently irrigates 3 million acres of farmland in the Central Valley and serves 25 million people as far south as San Diego. The projected cost of the tunnels is $15 million.

The plan, supported by Gov. Jerry Brown, is designed to stabilize water supplies for cities and farms south of the delta. But it has drawn strong opposition from delta farmers and environmentalists, who contend that the tunnels will allow saltwater from San Francisco Bay to degrade the delta's water quality and damage habitat for endangered salmon and tiny delta smelt.

State officials decided to split their plans for the delta into two parts — the construction of the tunnels and efforts to restore wildlife habitat along waterways.

"Separating them doesn't change the science," said Barbara Barrigan-Parrilla, executive director of Restore the Delta and a critic of the plan. "The tunnels are going to leave us with a permanent drought in the delta."

Only about 5 percent of California's wetlands remain. Restoration projects will return at least some of the freshwater marshes and willow thickets, with trees along the water providing both food and shade to young fish, Bonham said, noting the effort will mark a "decisive break from the obstacles of the past."

"There are skeptics, of course, on anything that's bold," he said. "Make no mistake, the hardest water issue in California is about our infrastructure and our ecosystem in the delta."

The new approach doesn't come with 50-year permits, which was a goal of the previous plan because that would shield central and Southern California water agencies from future cutbacks of delta water for endangered species protection. Bonham said the state couldn't achieve the longer approvals and now is seeking permits of 10 years or less.

A spokeswoman for Westlands Water District, a large provider of water to Central Valley farmers, declined to comment until the official announcement. A representative of Metropolitan Water District, which supplies water to 19 million residents in Southern California, could not be immediately reached for comment.

Bonham said the scaled-back habitat restoration is more realistic to achieve in the remaining four years of the governor's term. He said it is unclear who will be leading the effort decades from now and what impact climate change will have on California's water picture or environmental regulations.

Funds for the restoration effort will come from a variety of sources, with $75 million from a water bond voters approved in November, officials said. Between $20 million and $30 million will come from cap-and-trade funds, and the rest will come through state budget allocations.