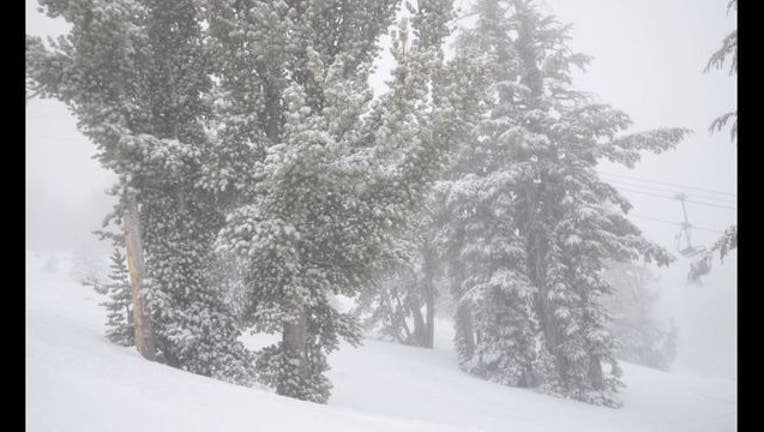 Scott McGuire of the National Weather Service's Reno office says the Squaw Valley ski resort "was the big winner" from the storms.

But the snow was mainly in the Lake Tahoe area, and added only 1 percent to the Sierras' overall snowpack.

California is entering its fourth year of a sharp drought. Sierra snowpack in a normal year provides much of the state's year-round water supply. Snowpack this season is just one-quarter of the usual amount.

The storms also brought hail and less than an inch of rain to the San Francisco Bay area.