Netflix is celebrating "Stranger Things" Day with a teaser for the upcoming fourth season.

The streaming giant tweeted a video on Saturday narrated by Eleven (Millie Bobby Brown) as she pens a letter to Mike Wheeler (Finn Wolfhard).

In terms of plot points, this teaser is perhaps the most revealing of the four. It shows Eleven struggling to fit in at her new school and longing for spring break when she gets to see Mike again.

The 1980s aesthetic quickly becomes filled with guns, troops, action and explosions — a far cry from the previous teasers that were full of mystery. 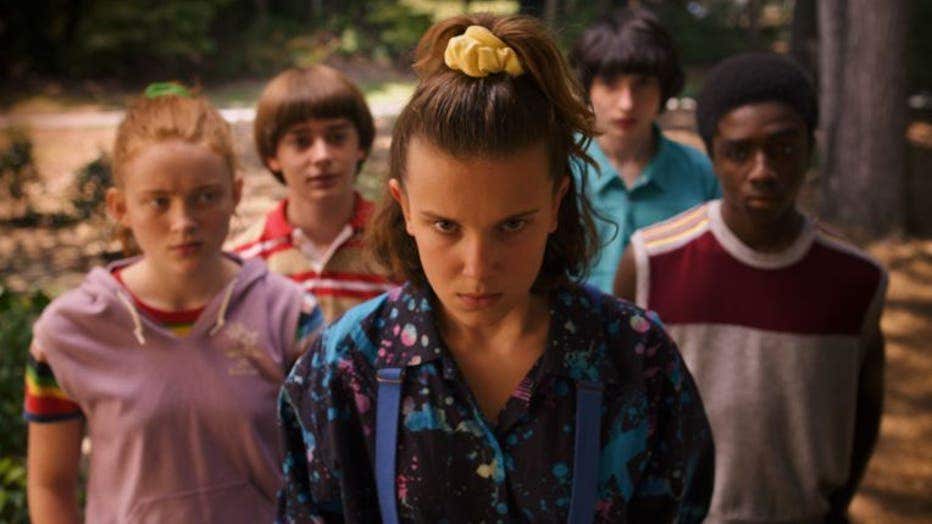 Little is known about the Season 4 plot, but previous news releases have described "a new horror beginning to surface." (Source: Netflix)

Netflix has not announced a release date, but with it taking place around spring break, there’s a chance it hits the platform this spring. Season 3, which was set around the Fourth of July, came out on July 4, 2019.

Even though they have not confirmed an exact date, Netflix has committed to a 2022 release.

Stranger Things Day is recognized by fans who commemorate the Season 1 disappearance of Will Byers — which happened on Nov. 6, 1983. It’s quite common for shows or movies with a cult following to have national days.

"Mean Girls" Day falls on Oct. 3, marking the day Cady Heron told Aaron Samuels the date. "Star Wars" Day falls on May 4, a punny nod to the phrase "may the force be with you."

Fans who remember, remember the fifth of November mark Nov. 5 as "V for Vendetta" Day.