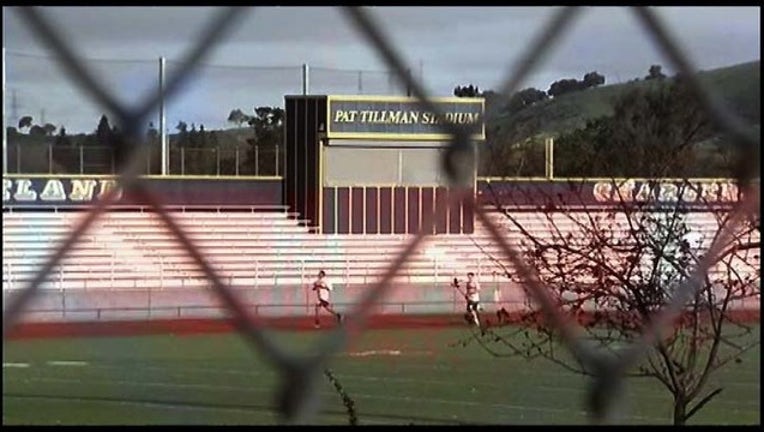 SAN JOSE, Calif. (KTVU) – A San Jose high school was in mourning and grief counselors were on campus early Tuesday after a student's sudden death during track practice.

According to district officials, Tristan Nguyen collapsed during practice on Monday and a coach immediately began giving the teen CPR.

Paramedics rushed the 11th grader to the hospital, but he died a short time later.

Leland High School officials tweeted out a message last night saying – "Unfortunately today we lost a beloved Charger, our thoughts go out to Tristan Nguyen and his family. He will be dearly missed. Rest in peace."

The death has sent shock waves through the tight-knit school community.

"He was a very well-liked student," said Jorge Quintana, a spokesman for the San Jose Unified School District. "He was a member of the football and track teams…He definitely had a presence on campus."

Kassandra Le's older brother was a close friend of Nguyen. She was wearing black in his memorial as she prepared for classes on Tuesday.

"It makes me really sad," the sophomore said. "I've spoken with him before…I've been in the same car with him…It's hard to believe he's not here…He was very nice."

Jenny Lee, a freshman on the track team, said the team honored Tristan during practice Tuesday and discussed dedicating the season to him.

"We actually all gathered by the shot put today where Tristan used to practice and we had a silent memorial for him of remember him," said Lee. "It's really tragic and sort of puts things in perspective."

School officials said the district's crisis response team was on campus and would be meeting with students and teachers all day.