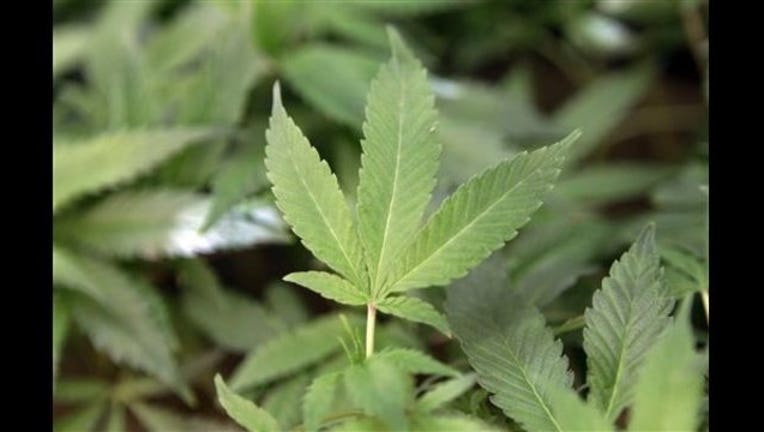 CHICAGO (AP) — Medical marijuana has not been proven to work for many illnesses that state laws have approved it for, according to the first comprehensive analysis of research on its potential benefits.

The strongest evidence is for chronic pain and for muscle stiffness in multiple sclerosis, according to the review, which evaluated 79 studies involving more than 6,000 patients. Evidence was weak for many other conditions, including anxiety, sleep disorders, and Tourette's syndrome and the authors recommend more research.

The analysis is among several medical marijuana articles published Tuesday in the Journal of the American Medical Association. They include a small study suggesting that many brand labels for edible marijuana products list inaccurate amounts of active ingredients. More than half of brands tested had much lower amounts than labeled, meaning users might get no effect.

Highlights from the journal:

The researchers pooled results from studies that tested marijuana against placebos, usual care or no treatment. That's the most rigorous kind of research but many studies found no conclusive evidence of any benefit. Side effects were common and included dizziness, dry mouth and sleepiness. A less extensive research review in the journal found similar results.

It's possible medical marijuana could have widespread benefits, but strong evidence from high-quality studies is lacking, authors of both articles say.

"It's not a wonder drug but it certainly has some potential," said Dr. Robert Wolff, a co-author and researcher with Kleijnen Systematic Reviews Ltd., a research company in York, England.

Independent laboratory testing for THC, marijuana's leading active ingredient, found accurate amounts listed on labels for just 13 of 75 products. Almost 1 in 4 had higher amounts than labeled, which could cause ill effects. Most had lower-than-listed amounts. There were similar findings for another active ingredient. Products were not identified by name.

Johns Hopkins University researcher Ryan Vandrey, the lead author, said he was surprised so many labels were inaccurate. The researchers note, however, that the results may not be the same in other locations.

An editorial in the journal says approval in many states has been based on poor quality studies, patients' testimonials or other nonscientific evidence.

Marijuana is illegal under federal law and some scientists say research has been stymied by government hurdles including a declaration that marijuana is a controlled substance with no accepted medical use.

But in a notice published Tuesday in the Federal Register, the Department of Health and Human Services made it a little easier for privately funded medical marijuana research to get approved. The department said that a federal Public Health Service review of research proposals is no longer necessary because it duplicates a required review by the Food and Drug Administration.

Colorado, one of a few states where recreational marijuana use is legal, has pledged more than $8 million in state funds for several studies on the drug's potential medical benefits, including whether it can reduce veterans' symptoms of post-traumatic stress disorder. That study may begin recruiting participants later this year, said Vandrey, one of that study's leaders.

Vandrey said there's a feeling of optimism in the research community that "we'll start to get a good science base" for the potential medical uses of marijuana.

The editorial by two Yale University psychiatrists suggests enthusiasm for medical marijuana has outpaced rigorous research and says widespread use should wait for better evidence. Federal and state governments should support and encourage such research, the editorial says.

"Perhaps it is time to place the horse back in front of the cart," Drs. Deepak Cyril D'Souza and Mohini Ranganathan wrote in the editorial.

They note that repeated recreational marijuana use can be addictive and say unanswered questions include what are the long-term health effects of medical marijuana use and whether its use is justified in children whose developing brains may be more vulnerable to its effects.