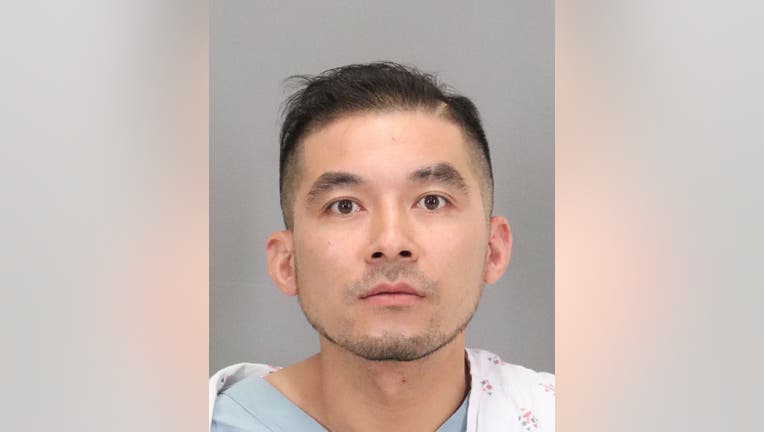 Vu Thai was arrested by San Jose police on suspicion of killing a man found on Monterey Road on June 4, 2022.

San Jose police arrested a man they believe was responsible for a recent deadly shooting.

Vu Thai, 38, was taken into custody at the scene of the alleged crime on Monterey Road on June 4.

A male victim who has not been identified was pronounced dead on Monterey Road.

Police are investigating what motivated the violent altercation with Thai.

Thai was booked into a Santa Clara County jail on suspicion of homicide.

The killing was the 13th homicide this year in San Jose.