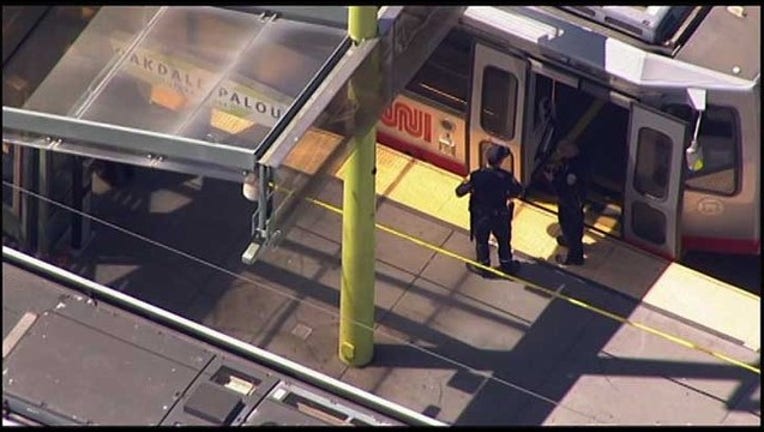 SAN FRANCISCO (BCN) -- An 18-year-old man has been arrested on suspicion of shooting and critically injuring another man on a San Francisco Municipal Railway light-rail vehicle in the city's Bayview District, police said.

The shooting occurred around 12:20 p.m. Monday on a T-Third Muni train traveling south on Third Street between Oakdale and Palou avenues, according to police.

The victim, a 19-year-old Vallejo man, was shot in the face. He was rushed to San Francisco General Hospital in critical condition, but police said Wednesday that he is expected to survive.

Investigators eventually identified the suspect and at about 2 p.m. Wednesday, he was arrested in the area of Haight Street and Buena Vista Avenue West, police said.

A handgun was also seized during the arrest.

Anyone with additional information about the shooting is encouraged to call the Police Department's Bayview Station investigation team at (415) 671-2300, the department's anonymous tip line at (415) 575-4444 or

to send a text message to TIP411 with "SFPD" in the message.