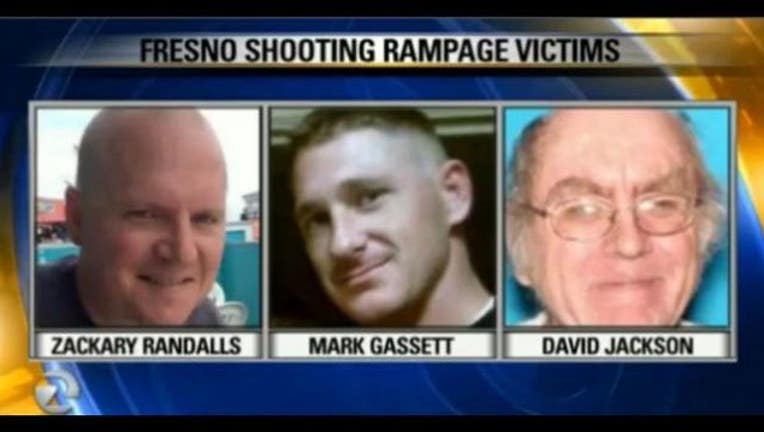 He was charged Thursday with killing unarmed security guard Carl Williams at a Motel 6 a week earlier.

Authorities say Williams was the first of four killings by Muhammad. Police say he told them that learning he was wanted for the Williams killing spurred him to try to kill as many white people as possible before he was caught.

He shot three other white men at random Tuesday, police said, including a Pacific Gas & Electric worker sitting in a truck and two men who had come out of a Catholic Charities building. He fired 17 rounds in less than two minutes. Police, with help from acoustic sensors posted in the area, arrested him less than five minutes after the rampage began.

He's due to return for arraignment on May 12.

Muhammad said Williams had shown him disrespect while Muhammad was visiting a woman at the motel, according to police.

Prosecutors say Muhammad will face murder charges for all four men, but they're waiting for investigators to assemble their case before filing the other three.