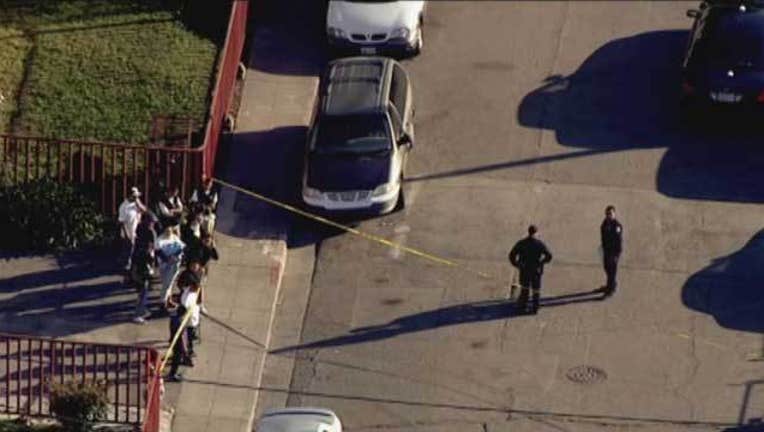 OAKLAND, Calif. (BCN) -- An officer-involved shooting occurred in Oakland Wednesday afternoon when San Leandro police officers attempted to stop the driver of a stolen vehicle, according to a police spokeswoman.

San Leandro officers were in Oakland near 105th Avenue and Creekside Circle around 4:30 p.m. when they discovered the vehicle, which was reported stolen out of Oakland earlier today, Oakland police Officer Johnna Watson said.

When the officers attempted to stop the vehicle, the driver allegedly ran it into their vehicle, Watson said.

An officer fired his gun and struck the stolen vehicle's driver.

The suspect was struck in the shooting and was transported to a hospital for treatment, she said.

It does not appear officers were injured in the incident, according to Watson.